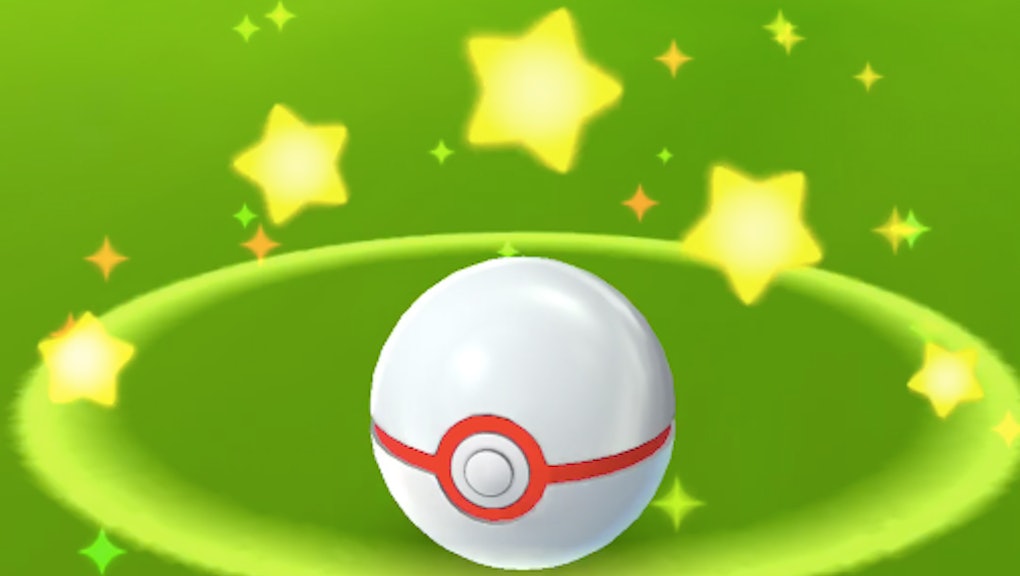 Pokémon Go raid battles is the first new feature in a while that has players excited to fire up their games' again. Not since the additions of the generation 2 Pokémon have we been as pumped to open the app. The gym update was cool, and the events have been fine, but now Pokémon Go has raids, and it's bringing people together again — for now, at least.

Pokémon Go Raid: Come to an area in multiples, and with different egg colors

Multiple raids will come to an area, but even if your team hasn't conquered any local gyms, you can still take part in the fun. Raids about to begin will be denoted with an egg and a countdown timer while raids already completed will show an upside-down pentagon (as shown in the top right of the image above). Gyms that have no raids currently will appear normally.

Take note of the egg colors, as they denote difficulty, according to Heavy. Red eggs are easier to conquer than their yellow counterparts. Blue eggs are the hardest as they contain the most rare Pokémon. Assumed to, anyway — we've yet to see a blue raid egg in the wild. Is that where you've been hiding, legendary Pokémon?

The game will give you one free raid pass each day, and that's how they get you. Since multiple raids will be in an area at once, chances are you won't want to do just one. Each additional raid pass costs 100 coins, or $1. As usual, buying coins in bulk lets you get some for cheaper.

The addition of raids brings other new items as well. Rare candies in the original games level up your Pokémon, but in PoGo, they can turn into candy for any Pokémon. Think of it as a wild card.

There's also the new Charged TM. This item will let you change a Pokémon's charged attack to a different one. Premier balls also arrive in this update, though those can only be used right after conquering a raid Pokémon.

Right before a raid begins you'll be taken to the lobby where you can assemble your squad, offer them items or back out, if need be. The lobby fills up with the other people taking part in the raid — folks who are also nearby physically as well. And for a moment, just a moment, it feels like how things used to be during summer 2016 when everyone and their mom were trying to catch 'em all. Not just mega nerds like you and us.

Having successfully completed three raid battles, we can say that the new mechanic is quite fun. When battling the oversized enemy you can see Pokémon belonging to other friendlies battling alongside you. Succeed and you get the opportunity to catch the Pokémon (at a reduced CP because 1165 CP Magikarp just doesn't make sense).

Raid battles are only available to high-level trainers at the moment, so odds are you won't have any trouble besting most raid battles. Things will get really interesting, however, once everyone can take part, not just us aforementioned mega nerds.

At the end of the battle is where you'll claim your loot. Harder to defeat Pokémon will leave behind more Rare Candies, Charged TM's and more.

Raid Pokémon are uncommon, but nothing we'd call "rare"

In our testing, we've yet to see anything mega rare come out of Pokémon Go raid battles. Our spoils at the moment consist of Quilava, Magmar and Arcanine — all Pokémon we snagged during the solstice event that just finished. Other nearby raids included Magikarp, Croconaw and Bayleef, which also aren't rare. In fact, we caught a Bayleef right after completing the Magmar raid. So, yeah.

Pokémon Go raid battles: A great feature for summer '17, but call us when Mewtwo gets here

It's no secret that raid battles are a long time coming. Their first appearance was in the Pokémon Go's first trailer, showing Times Square mobilizing in an effort to procure Mewtwo. Now that raids have come to Pokémon Go this fantasy could become a reality.

For now it's not, but perhaps a rare legendary Pokémon is on the way in the form of a raid. We are coming up on the game's one-year anniversary after all. What better way to celebrate the birthday?

Until then, we'll take part in the occasional raids even if the Pokémon included aren't ultra rare. Though think twice about skipping the Magikarps like we did. Odds are those are rare too.

Check out Mic's Pokémon Go coverage! See why gyms were still under construction and why raid battles may be the key to legendary Pokémon. Find out how to determine how long it will take you to reach level 40, and see what we think of the gen 2 Pokémon added to the game. Here are the kind of Pokémon you get from 10-kilometer eggs, and check out what you missed during the Water Festival and Solstice events. Find out more about the upcoming Chicago event and why you'll probably be able to catch Unown while you're there. If you're not busy searching for rare evolutionary items, that is.