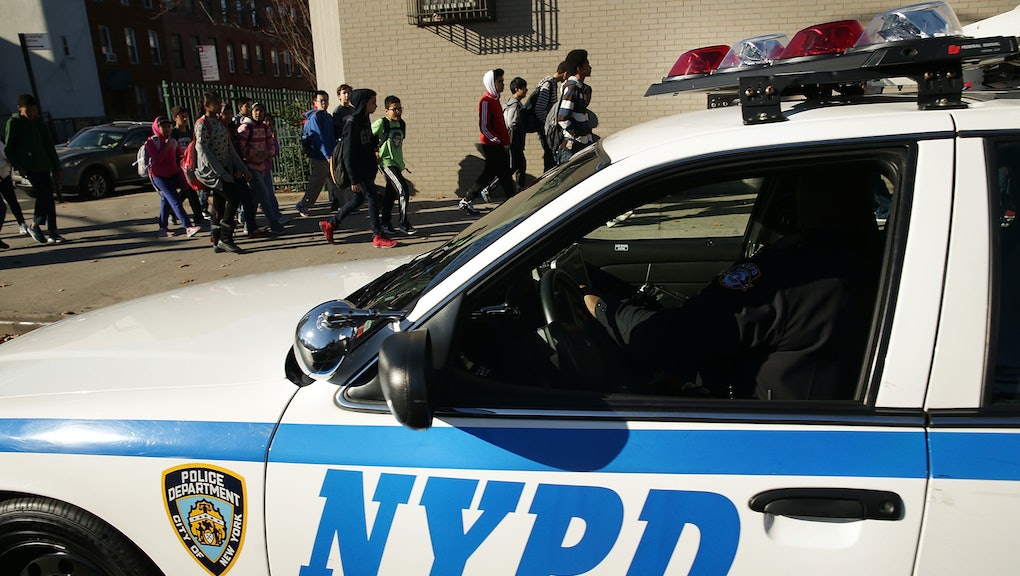 The New Jersey state Assembly recently passed a bill mandating schools to teach students from kindergarten through grade 12 how to interact with police "in a manner marked by mutual cooperation and respect," NBC News reported.

The bill, Assembly bill A1114, passed in the Assembly unanimously with a 76-0 vote. Now it heads to the state Senate.

The bill requires the state to develop a social studies curriculum teaching children how to speak to law enforcement. If passed, the program could start next year.

Some activists are unhappy with the legislation. Zellie Imani, a New Jersey educator and activist with Black Lives Matter, said he was "extremely disappointed" the legislation was even drafted and that it passed unanimously.

"Kids will continue to think that people who are shot or abused by police officers, it is the fault of that own individual, because that individual did not comply to police or respond with police politely, instead of putting the onus on the police officers," Imani said.

According to NBC News, the bill was amended after being first introduced in 2016. Critics argued the bill put the onus for police interactions entirely on kids and didn't teach them their rights when being stopped by law enforcement. The amended bill includes individual's rights under the law.

Imani called the original version of the bill "frightening," asking, "What was the intent of the bill if they didn’t learn about their rights?"

The bill's primary sponsor, New Jersey assemblywoman Sheila Oliver, says the bill is about preparing children — not shouldering them with undue responsibility.

"The number of police related shootings around the nation have created a mistrust of police in many communities. This can help rebuild the trust that is essential for law enforcement to work," Oliver told NBC News. She called adding the curriculum a "logical next step" given that many parents already talk to their children about interaction with law enforcement.

Imani told NBC News activists were blindsided by the bill, not hearing about it until it was about to pass. He claims they had no time to muster a response and voice opposition.

In 2016, the ACLU of New Jersey released a blueprint on how to increase police accountability in the state, including bringing in independent prosecutors when police injure or kill someone and body cameras on police with public access to the footage.

Imani slammed New Jersey's police unions for advocating for a bill on student responsibility without also making an effort to keep themselves accountable.

The bill, he maintains, would not have been helpful in situations of police violence that the United States has witnessed in years past.

"A class would not have prevented Philando Castile from being killed or Sandra Bland from being locked up," Imani said.