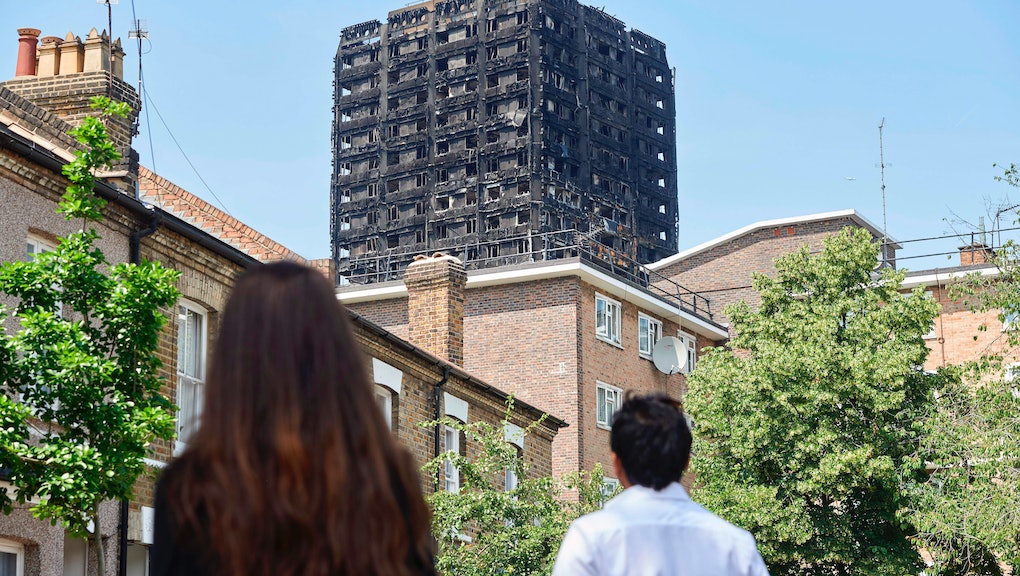 At least three states, as well as Washington, D.C., have deregulated the form of external building cladding investigators now believe was primarily responsible for the rapid spread of a blaze throughout Grenfell Tower fire in London on June 14, which killed at least 79 people.

According to NPR, most jurisdictions throughout the United States have adopted the International Building Code, which requires cladding on all tall buildings to pass a National Fire Protection Association standard called NFPA 285.

NFPA 285-compliant materials are noncombustible, though Tulsa, Oklahoma, fire engineer John Valiulis told NPR that Minnesota, Indiana, Massachusetts and D.C. have all exempted buildings from the requirement so long as other systems like fire sprinklers are in place.

Cost was a primary concern when removing the NFPA 285 requirements, with developers expressing concern they would not be able to find or afford cladding which passed fire tests. Department of Consumer and Regulatory Affairs spokesman Matt Orlins told NPR its construction codes board "agreed that the concerns were valid and that other portions of the codes did provide safeguards."

An in-depth look at the causes of the Grenfell Tower blaze by the New York Times detailed how in the U.K., a "drive by successive governments from both major political parties to free businesses from the burden of safety regulations" allowed the tower's owners to swaddle the outside of the building in a highly flammable aluminum and polyethylene cladding. The cladding, Reynobond PE, was only intended for use in buildings shorter than firefighters' ladders in other European countries, but its U.K. guidelines stated only to refer to "local building codes."