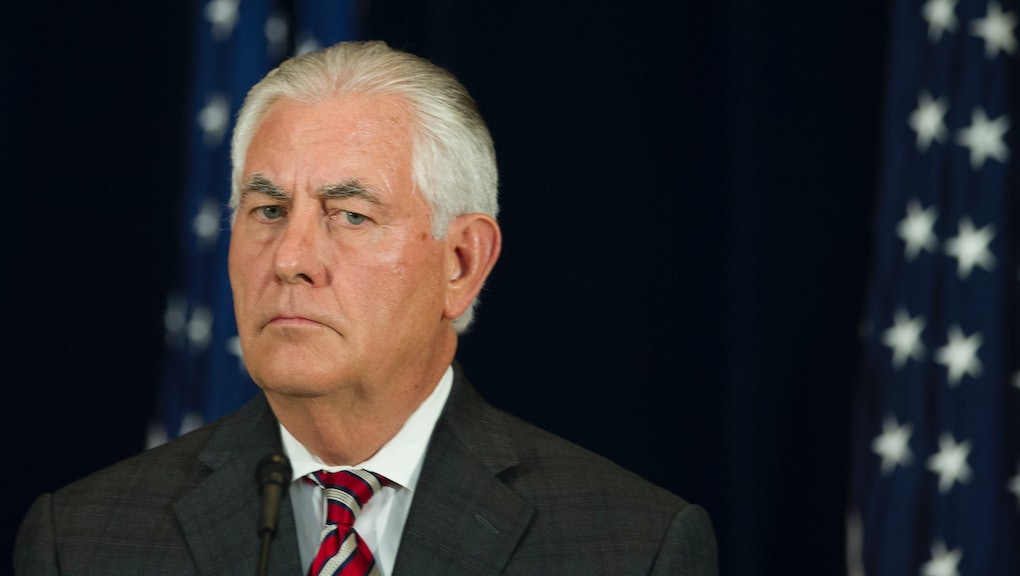 Secretary of State Rex Tillerson has chosen to remove Iraq and Myanmar from the State Department's list of the "world's worst offenders in the use of child soldiers," Reuters reported on Saturday.

Three separate U.S. officials confirmed the decision to Reuters, saying it broke with "longstanding protocol at the State Department" and was undertaken despite warnings by top diplomats and regional experts. Removing a country from the child soldiers list clears sanctions on U.S. military aid, training and arms sales, but could also be interpreted as a green light from the U.S. to continue using child soldiers.

Tillerson made the choice after military officials pressured him in the belief it would make the fight against Islamic State and other militant groups easier, Reuters added. The move is also in possible violation of the Child Soldiers Prevention Act of 2008, which requires the U.S. government to establish a zero-tolerance policy for the recruitment or conscription of underage troops is being enforced before a nation can be de-listed.

Evidence Iraq or Myanmar have done so was not established, Reuters added, with multiple State Department research, legal and diplomatic bureaus cautioning both countries have not stopped using child soldiers.

Myanmar's military has long been accused of recruiting child soldiers with forged identification papers. Though it has taken some steps to reduce the number of children in its ranks, Human Rights Watch's 2017 report noted significant reforms have not been accomplished. HRW wrote the State Department had recently noted its "ongoing abuses related to human trafficking, child soldier recruitment, and forced labor."

The move is consistent with President Donald Trump and Tillerson's stated policy of de-emphasizing human rights concerns in favor of attaining concrete foreign policy goals. But as Reuters noted, prior presidents would also find ways around the policy, even if they stopped short of de-listing nations. Barack Obama "regularly" issued waivers allowing U.S. military support, "including last year to Iraq, Myanmar, Nigeria, South Sudan and others out of 10 countries on the list," according to Reuters.