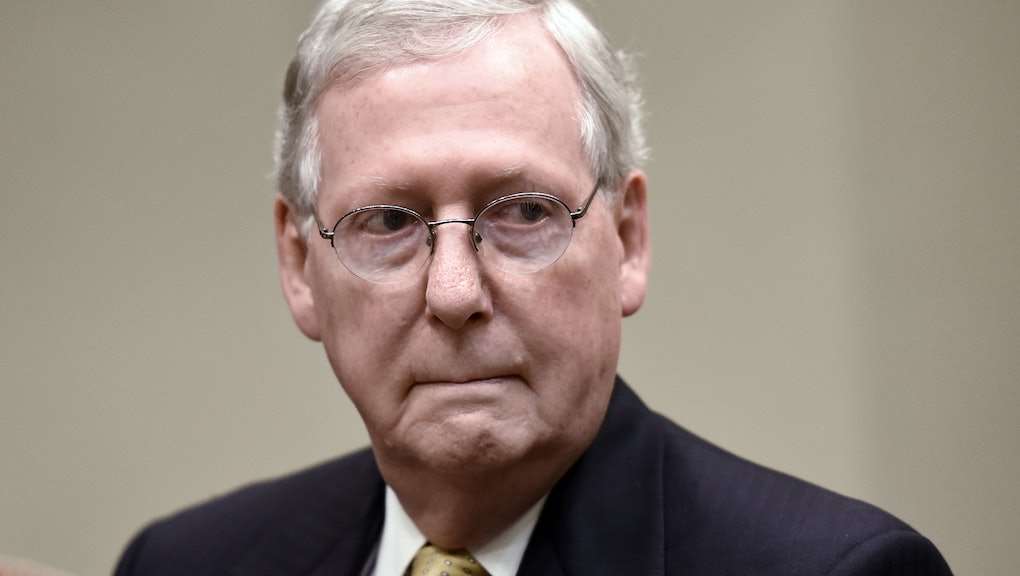 The CBO estimates 1 million fewer Americans would lose insurance under the Senate plan than under the House-passed American Health Care Act. The Senate proposal would cut $772 billion from Medicaid between now and 2026. It would cut $408 billion from federal subsidies that help Americans pay for insurance purchased through health care exchanges like HealthCare.gov.

The plan would cut taxes to save $541 billion for wealthy Americans, health insurance companies, pharmaceutical companies and medical device manufacturers over the 10-year window. Overall, the plan is estimated to save $321 billion in federal spending over a decade.

Next year alone, 15 million more people would be without health insurance, the CBO estimated. That loss of coverage would result primarily from people choosing not to renew their health insurance without the federal mandate to purchase that coverage. Similar to the House bill, the CBO estimated the Senate plan would lead to lower premiums than the Affordable Care Act after 2020.

The report puts Senate Majority Leader Mitch McConnell (R-Ky.) in a tougher position as he negotiates with both conservative and moderate Republican senators opposed to the plan.

Sen. Dean Heller (R-Nev.) said Friday he would not support the Senate bill because it would lead to people on Medicaid losing coverage. Sens. Susan Collins (R-Maine), Lisa Murkowski (R-Alaska) and others have aired similar concerns. Conservative senators, like Sens. Rand Paul (R-Ky.) and Mike Lee (R-Utah), want deeper cuts in federal spending — the opposite of the moderates who are seeking preservation of federal Medicaid expansion.

Currently, five conservatives and moderates are publicly opposed to the Senate bill, with others' public statements on the matter all but voicing outright opposition. If all Democrats vote "no" as expected, McConnell can only afford two Republican defections.

Before the score was released, the White House tweeted the CBO was "off by 100%" when the agency scored the Affordable Care Act.