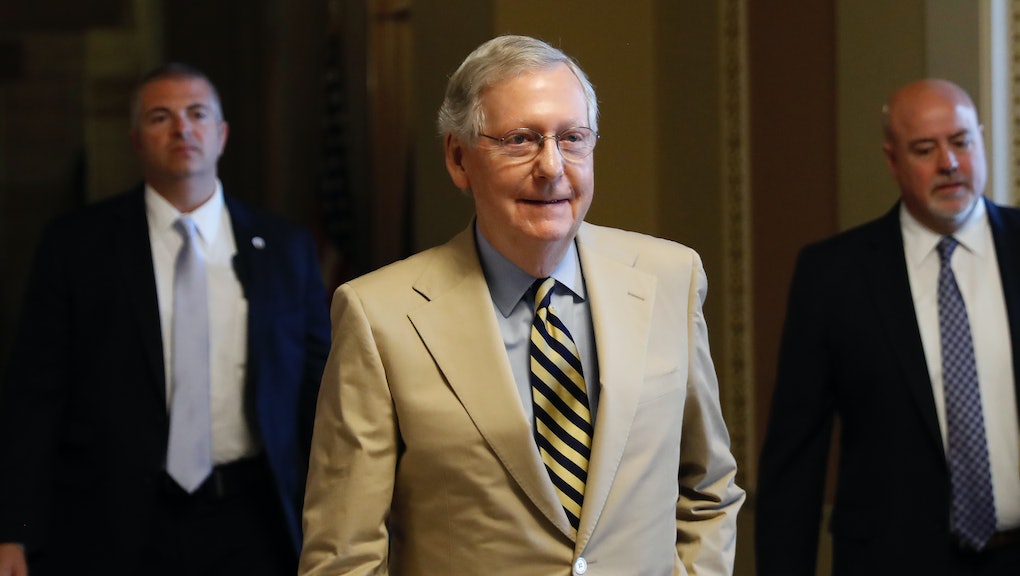 The CBO score says 22 million will lose coverage. Here's why it's actually a lot worse than that.

At first blush, the estimate appears similar to their estimate of the House bill, which found that 23 million people would lose health insurance over a decade. But the number of people who will lose coverage under the Senate is actually a lot worse.

The CBO report measures the number of people who will lose coverage over the next decade. Over that time period, the Senate bill actually takes coverage from slightly fewer people because it offers slightly more generous subsidies for purchasing insurance than the House bill, and undoes the Affordable Care Act's Medicaid expansion at a slower rate (though both bills eventually repeal the Medicaid expansion entirely).

But the Senate bill actually cuts Medicaid much deeper than the House bill over the long run. By changing the way that federal government calculates the cost of Medicaid starting in 2025, the Senate bill ensures that the bulk of the coverage losses in their bill will happen outside the CBO's 10-year window of analysis. Essentially, by pushing coverage losses to a much later date, they've made their CBO score look slightly better, while kicking more people off their health insurance in the long run.

Why doesn't the CBO measure coverage losses beyond the 10 years? Because Republicans deliberately changed the rules so they couldn't.

Back in January, Republicans in Congress voted on a package of rule changes to the Office of Congressional Ethics and the CBO. At the time, most of the coverage focused on changes to ethics rules, which resulted in massive backlash and an eventual walk-back from House leadership.

Less noticed at the time was a change in the rules at CBO, which lifted the requirement that the independent agency measure the cost of legislation over a 50-year period, in addition to the 10-year period.

Republicans are now using that rule change to their advantage.