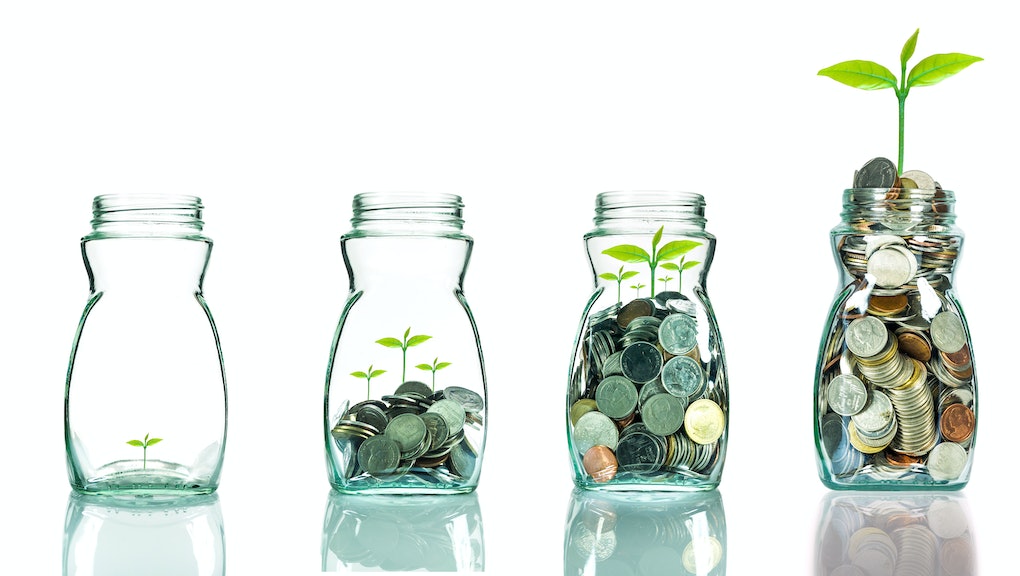 Can you get rich by investing in a startup? How to do it — and the pros and cons of crowdfunding.

In May 2016, a law took effect that allows anyone to invest at least some of their cash in startup companies. Until then, buying a stake in a small private business was something only wealthier investors could do. But now, similar to Kickstarter, there are a host of crowdfunding platforms that will allow you to invest in all kinds of startups, from tech brands to food trucks. And unlike with Kickstarter, once you invest, you’ll own a stake in the business and will have the ability to cash out — potentially after making big gains.

It's all possible thanks to the Jumpstart Our Business Startups (JOBS) act, which allows anyone to invest in certain vetted startups. Vetted, in this case, means the startup has been listed on an online debt or equity crowdfunding portal that itself has been cleared by the Securities and Exchange Commission and the Financial Industry Regulatory Authority to list startups raising money. These portals must prove that investors’ funds are protected from theft or computer malfunction, and nobody is engaged in unethical acts of pay-to-play.

To protect you from losing your life savings, there are other rules. Per FINRA and the SEC, if you have less than $107,000 in the bank, you can invest either $2,200 a year, or 5% of your income or net worth (whichever is lower). If both your annual income and your net worth are equal to or more than $107,000, then you can invest up to 10% of your annual income or net worth, whichever is lower. These were the rules Congress set up so that regular people without high net worths don’t go all-in on one company.

So, just because you can, does it mean you should invest in startups?

Not everyone is rushing in. One year into startup crowdfunding, interest has been mixed: “Everyone in the industry thought there’d be more uptake,” Richard Swart, chief strategy officer at NextGen, told Bloomberg. "We all expected these numbers to be 2x to 5x what these numbers were.”

But Swart said in an interview with Mic he believes young investors looking to diversify their portfolios should still consider investing in startups. Is he right? Here is how experts say one should approach this type of investing, including the potential risks and rewards — plus how to get started, if it is the right fit.

Why investing in crowdfunded startups could be smart

If you end up getting lucky and putting your cash into a successful startup that eventually gets bought or even goes public, you could multiply your cash over just a few years. As Swart said in an email, it could “be like an exit from an angel round where an investor would be looking for returns of 10x to 20x what they initially invested.” That would be like turning $2,000 into $20,000 to $40,000. And if you get super lucky, like an early Instagram investor, you might multiply your investment more than 300 times over.

But those are best-case scenarios, and because the area so new, there’s not much reliable data on what kind of average payouts to expect if you invest in a startup. Swart said he’s seen decent, if more down-to-earth returns from startup crowdfunding in Europe. A successful investment in a startup "would be better than an index fund, better than the S&P 500," he said. For Swart, regulated crowdfunding represents the first time an average investor can enjoy the same high-risk, high-reward opportunities as a private equity investor. "The return on a seed-stage investment can be really high," he said.

One business now raising money is Cinco TacoBar in San Leandro, California. It was already a highly-rated restaurant and the company is now crowdfunding for a second location. This allowed investors to make loans in a company with a proven track record, and be part of the company's growing success story.

Companies like Cinco also communicate with the backer about their idea, and what might be done to improve it. For example, here is their running dialogue with their investors. Swart says this connectedness is another reason, besides making money, to invest in startups. "The social logic [to regulated crowdfunding] is that you care about the company doing it," for example if you're really into backing a food company, Swart said. "It's the same logic as Kickstarter or Indiegogo.”

Regulated crowdfunding has been a boon for the startups themselves. “Access to resources and capital, in particular, is our biggest challenge,” Bernard Loyd told the Wall Street Journal. Loyd is president of Urban Juncture Inc., a community development firm working to revitalize Chicago’s Bronzeville neighborhood. “I believe there are people who would like to contribute to the revitalization of communities like this, but don’t have access to the information to do so.”

Why investing in a startup could be a mistake

What's the biggest reason not to invest? Most startups fail — about half don’t even make it four years. And even if they do succeed, the value of your equity in the company might not be realized for years, when the company is acquired or goes public. "As it's a startup, you're not going to see any dividends — all the profits are going to be plowed back into growth," Swart said.

The one exception is if you use a platform that allows you to make a loan to the company, in which case you'll see regular but lower returns from interest payments. For instance, on the platform NextSeed, you could lend a food truck company any amount of money you want, and they pay you back at a guaranteed interest rate of 15% (except in the case of default, which is always a risk). A loan is different from an investment, where you aren’t guaranteed to see any returns.

One major reason to be careful about investing in a small private business is because there's likely no market for trading your shares once you’ve invested. That means that you can’t always sell it to someone else, even if you think your share has increased increased in value. Compare that with a stock or bond, which have liquid markets, like the New York Stock Exchange, where you can sell your shares to a total stranger who thinks it will be even worth more later.

Also, as the New York Times has pointed out, there is early evidence that some crowdfunding portals are not being properly regulated. SeedInvest founder Ryan Feit told the paper he had turned away “dozens of companies that wanted to raise money from investors on his site “that had clear red flags,” only to find they had successfully landed at other portals.

As with all finance offerings, each of the companies is required to disclose material risks to the company to investors, and some of these can be quite long and scary-sounding. For instance, Crema.Co, a coffee subscription startup that gives you monthly deliveries of coffee beans from around the country, says in its risk report, "We may not have enough funds to sustain the business until it becomes profitable." They add that they may be underestimating how much money they need, and how quickly: "Even if we raise funds through a crowdfunding round, we may not accurately anticipate how quickly we may use the funds and if it is sufficient to bring the business to profitability.”

They note that they're not even making any money right now — they've lost about the same amount of money the past two years. "Until the company achieves profitability, it will have to seek other sources of capital in order to continue operations," they say. Indeed, given that these companies are not public, many don't have a track record: Swart points out lots of research should be involved before you make any kind of move.

How to invest in startups

Assuming you have about $2,000 or so on hand to invest — and you are financially secure enough to risk losing it all — you’ve got lots of options for investing in a startup. All the platforms doing regulated crowdfunding can be found here, via FINRA. We'll walk you through three popular choices: SeedInvest, NextSeed and WeFunder.

SeedInvest offers equity funding for dozens of startups, though some are limited to wealthier investors (officially known as “accredited investors” — investors with net worths exceeding $1 million or annual incomes of $200,000). SeedInvest is a fully regulated broker-dealer, meaning they do extra amounts of vetting on the companies they display on their platform. Swart says that that doesn't necessarily mean they're more likely to succeed, just that some of the work has been taken care of for you. They charge a 2% non-refundable processing fee (up to $300) per investment.

NextSeed is debt financing crowdfunding. Basically, you're making loans to startups. Their offerings are a bit more limited; as of June 27, there were just three companies you could invest in — a co-working concept, a wine shop, and a restaurant. You don't get any shares in the companies, but you do provide needed funding to cool companies and guaranteed returns. NextSeed is free to invest with.

WeFunder claims to be the largest funding portal by dollars raised, number of companies funded and number of investors: more than 100,000, according to the company. But they are not a broker-dealer, so they've done less due diligence on the companies they advertise. WeFunder charges investors up to 2% of their investment (minimum: $7, maximum: $75).