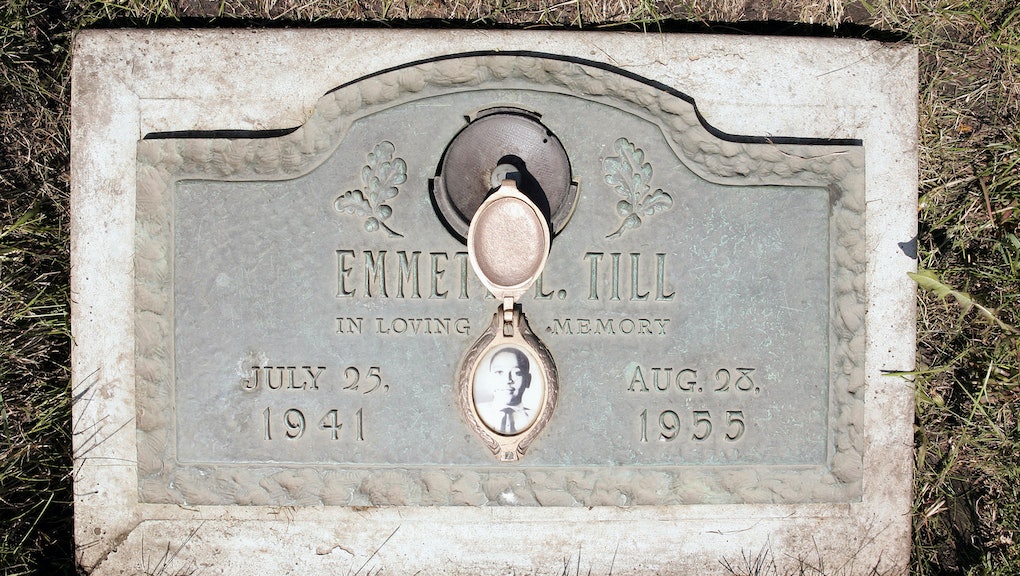 A historical marker in Money, Mississippi, designating the site where 14-year-old black teen Emmett Till first ran into his racist murderers in the year 1955 was recently vandalized, the Associated Press reported, the latest in a series of vandal attacks on memorials to Till's grisly end.

Allan Hammons, whose public relations sign put the marker outside the abandoned Bryant's Grocery & Meat Market in 2011, told the AP the sign had been defaced before but in recent weeks was targeted by unknown vandals who peeled vinyl panels off of the sign.

"Who knows what motivates people to do this?" Hammons asked. "Vandals have been around since the beginning of time."

A Missouri-based social justice group, Cultural Leadership, tweeted they had composed an ad hoc solution to the vandalism until the sign could be repaired.

Bryant's Grocery & Meat Market was where white shopkeeper Carolyn Bryant said Till had whistled at her in 1955, leading to her husband Roy Bryant and another man, J.W. Milam, kidnapping Till and torturing him before leaving his brutalized body in the Tallahatchie River. Carolyn Bryant later admitted she lied during her testimony in court, which helped the two men beat charges.

In 2016, vandals shot up a separate sign marking the spot where Till's body was dredged up from the river, hitting it at least 40 times.