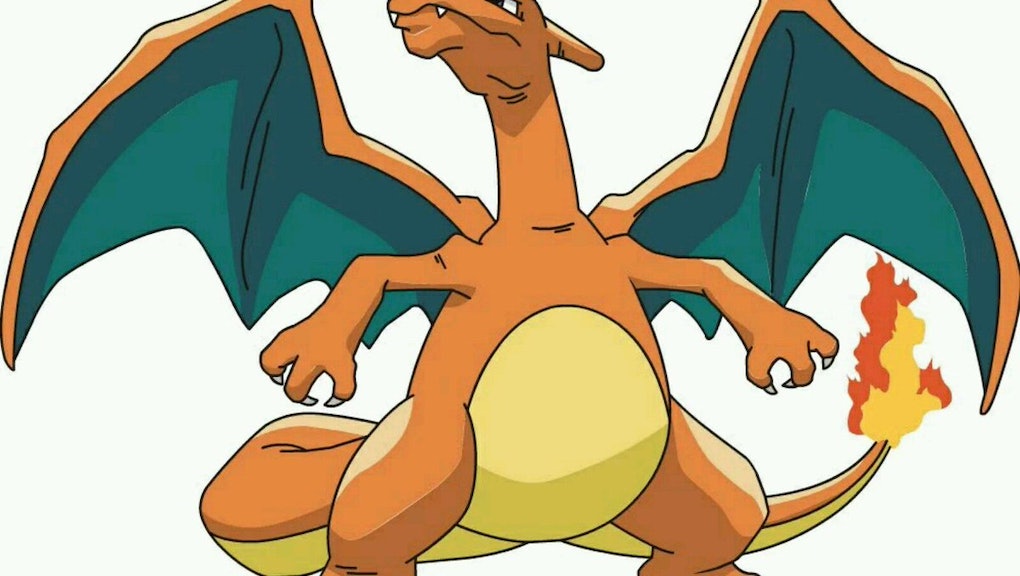 If you've been dying to see Charizard in action in Pokémon Go, raid battles are for you. Along with Tyranitars and golden Magikarp, the fully evolved, fire starter Pokémon Charizard can be fought and won in glorious battle. But Pokémon Go raids won't let you capture the rare ones so easily. Besting the beast in battle takes strategy. And catching it requires luck.

Here's what you need to know to do both.

You can't begin the Charizard Pokémon Go raid if you can't find it. You'll want to open up the app and see if there are Charizards hovering atop any gyms with raid countdown timers above them. You could get lucky, but the odds aren't really in your favor. It's time to resort to the raid locator.

We've already shown you how to use raid locators online to see rare Pokémon beyond your immediate area. Use the sites not only to find Charizard, but track down other rare pocket monsters too.

If you can't find one right away, don't fret. Raids constantly occur throughout the day. Just because a Pokémon you may want isn't presently on the map doesn't mean they won't be later on in the day. Check the map in-game and online every half hour or so to get an idea of what's in the area.

Once you find a Charizard raid, head there and pick a fight with the fire-breathing lizard.

Charizard is a level-4 raid boss, which means that if it's just you, don't even bother battling it. I teamed up with two other trainers to take down Charizard. Our first match with the pseudo-dragon panned out, but just barely. You may not be so lucky.

In our second fight, we fought alongside eight others for nine players total and won with 20 seconds to spare. Though we'd be lying if we said Charizard didn't beat the first six Pokémon we threw at it — some above 1,500 CP, others above 2,000, for what it's worth.

There is power in numbers but it's also important to know how to utilize Charizard's weaknesses. As a Fire and Flying type Pokémon, Charizard is weak to Rock, Water and Electric types. As Nytrocide on Reddit points out, Golem, Omastar, Sudowoodo and Vaporeon are the best Pokémon to use against Charizard in battle. Make sure you have those lying around, fully healed and at a high CP.

What's a conquered raid if you can't walk away with the Pokémon you beat? Here's what you need to know to catch Charizard after a raid battle.

Admittedly, we failed in capturing our first Charizard. With 13 premier balls to work with, we didn't throw the right berries and we wasted throws trying to toss XP-yielding curve balls. Don't waste opportunities, every throw counts.

When catching Charizard, make sure to toss out golden razz berries before each throw when possible. This will make the Pokémon want to stay in its ball. Now here's where you fake out Charizard.

Charizard, like most Pokémon, will try to swat away the ball or roar at it to deflect. Do not throw the ball until you've seen Charizard do this. Sometimes it will do two in a row to make sure you can't catch it. Throw the ball as the first animation is ending, before the two rings reappear.

The circles will reappear when the ball is mid-air, as Charizard has just finished its swat. The premiere ball should touch its body before it can get a chance to use its second simultaneous swatting technique.

Once Charizard is done playing baseball with your premiere balls, you'll be able to claim the lizard as your own. Take over a local gym with your new pocket monster for ultimate bragging rights.

Raids are here! See how to locate the best ones and why they may be the key to legendary Pokémon. Find out how to determine how long it will take you to reach level 40, and see what we think of the Gen 2 Pokémon added to the game. Here are the kinds of Pokémon you get from 10-kilometer eggs, and here's where you can check out what you missed during the Water Festival and Solstice events. Find out more about the upcoming Chicago event and why you'll probably be able to catch Unown while you're there— if you're not busy searching for rare evolutionary items, that is.