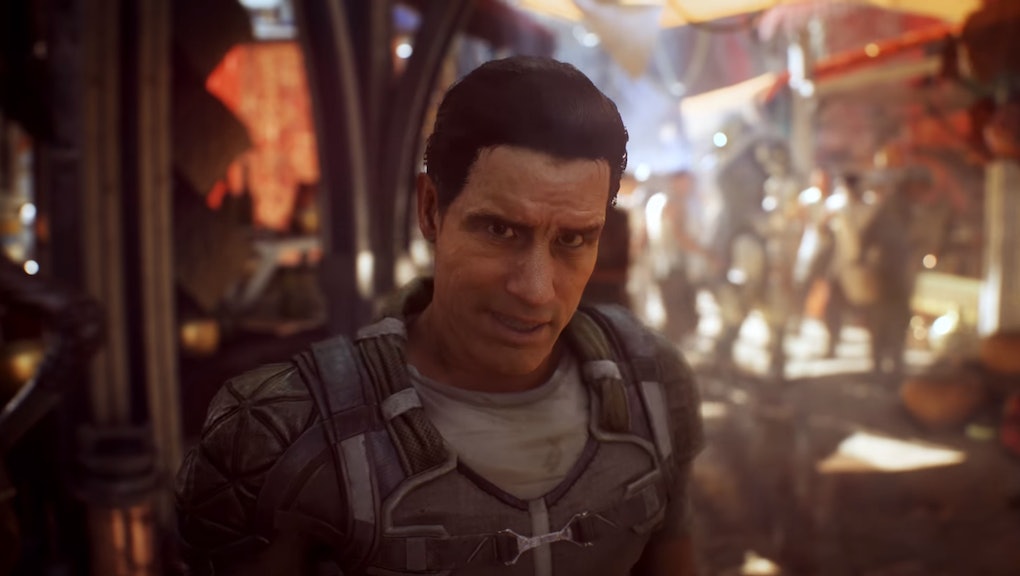 BioWare's Anthem looks like a potentially fascinating blend of Mass Effect combat with Destiny shared world co-op shenanigans. You also have a jetpack, which is objectively good in everything. Its full reveal at the Xbox E3 2017 press conference was worth waiting for.

One notable difference between BioWare's new title and Bungie's loot slot machine is that the Anthem gameplay shown during E3 didn't have much in the way of supernatural powers. If you thought that meant BioWare would favor a more technical, hard sci-fi approach to worldbuilding, think again.

According to GameSpot, BioWare General Manager Aaryn Flynn gave a CBC radio interview with some telling comments about the world of Anthem.

It's in a genre we call science fantasy. Very much like Star Wars, very much like the Marvel Universe where you see a lot of amazing things happening but we don't worry too much about why they are happening or how they're happening; the science of it.

From this perspective, "science fiction" means technical, nitty-gritty details are explained in some fashion to justify whatever nonsense happens in the story. According to Flynn, Anthem will take a more Star Wars-like approach and let you do cool stuff without making you read a technical manual. It doesn't matter how they jump to lightspeed or how lightsabers work.

Whether or not this means Anthem will have more supernatural elements than are present in that gameplay clip isn't clear yet. It seems like the player's abilities will come entirely from the robotic Javelin suits they wear rather than any innate magical abilities. That would make it different from Destiny, where players can be space warlocks, just because.