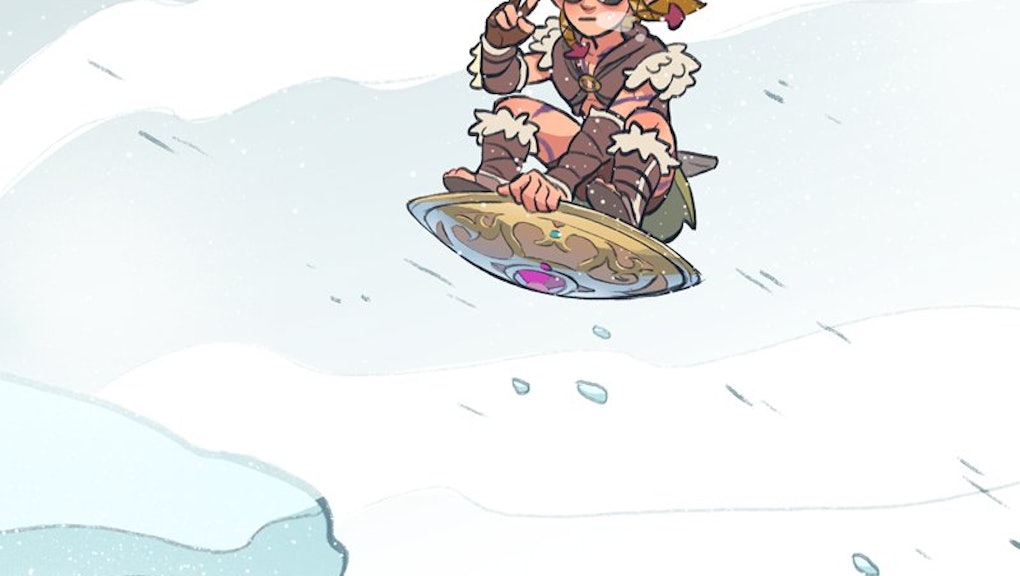 The Legend of Zelda: Breath of the Wild was a big hit for the Nintendo Switch when it debuted in the spring. As if the promise of downloadable content coming June 30 wasn't enough, an artist named Genué Revuelta has crafted some truly incredible fan art of Link at his absolute weirdest in the open world Zelda game.

These hilarious pictures not only have us amped to get back up to some goofy antics in Hyrule, but they also provide great insight into what everyone in Hyrule probably thinks whenever Link scrambles past.

Zelda "Local Man" illustrations show that, from the outside, everything Link does to save Hyrule would look pretty odd

To celebrate turning 25, comic artist and colorist Genué Revuelta drew an illustration of Link asleep at his campfire captioned, "Local Wild Man Power Naps and Sets Fire to Food, then Self, Sleeps Through The Entire Event."

You'd probably get exhausted running all around Hyrule carrying all your gear on your back too. Fortunately for us, the illustration was a hit and Revuelta did a series of illustrations about everyone's favorite pointy-eared hero with captions that could have easily come from a Hylian version of the Onion's "Area Man" series of articles.

Revuelta's illustrations of Link usually show off the hero in his odder moments, such as trying to take some non-standard mounts to — where else? — the Wetland Stable.

Others depict him having fun with physics to the detriment and horror of Ganon's armies.

Usually, however, they just depict Link being a scoundrel and using his handsome wiles to rook locals out of all their belongings, or to leave Princess Zelda holding a giant evil boar-sized bag.

You can find the full list of illustrations starting here, including a couple of racy ones involving the hunky Zora Prince, Sidon. You can also find more of Genué Revuelta's work on Tumblr and the comics Love Circuits and Full Circle.

The new Breath of the Wild DLC comes out on Friday, June 30. Here's hoping it gives Link way more antics to get into.