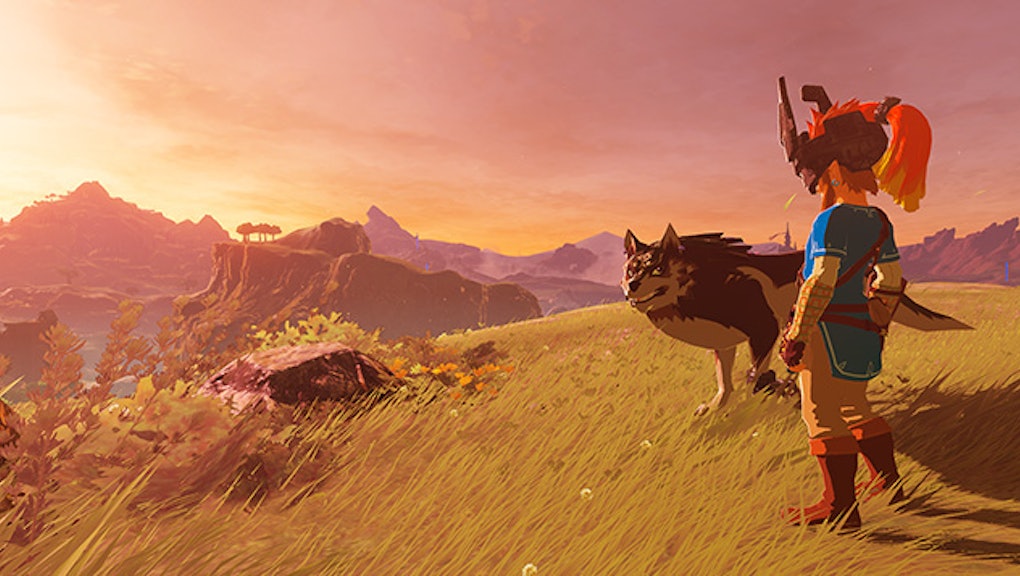 In case you missed it in the cavalcade of E3 announcements earlier in June, the first downloadable content for The Legend of Zelda: Breath of the Wild comes out on June 30.

"The Master Trials" contains 45 unique challenge rooms across three tiers of difficulty. You won't be able to bring any weapons or gear you've accumulated while exploring Hyrule, so you better be skilled at playing Breath of the Wild. The DLC also enables several Amiibo-exclusive outfits in the game, which Nintendo is talking about in a series of blog posts in the days leading up to the DLC's launch.

One of the fun bonuses in "The Master Trials" is the ability to wear classic Zelda outfits like Midna's helmet from Twilight Princess using specific Amiibo. In this Nintendo blog post, you can get a look at some early concept art for Midna and learn about how the character came to be.

Interesting tidbits include the fact that Midna initially came from a secret, non-Zelda project that was scrapped. In early builds of Twilight Princess before Midna was finalized, they had Tetra from Wind Waker riding around on Wolf Link's back. If you click over to the blog post, you can see early designs where Midna looks more like a goblin than her final design.

Midna's helmet had a convoluted backstory in Twilight Princess, but in Breath of the Wild, it just adds to your Guardian resistance. "The Master Trials" launches this Friday for $20. That price also gets you access to "The Champions' Ballad" when it launches this holiday season.