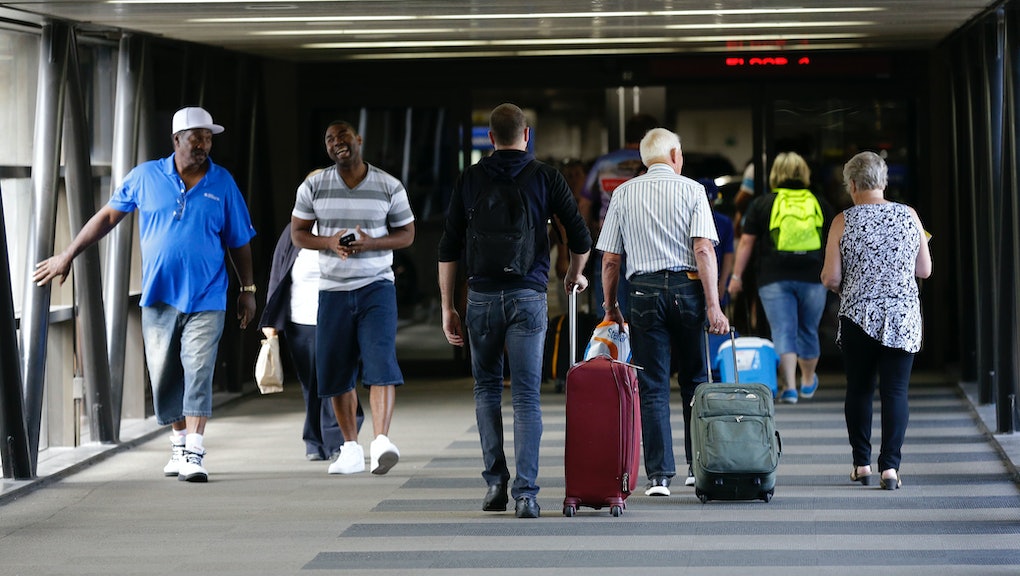 How will Trump's travel ban be enforced? Here's what the Supreme Court's decision really means.

On Monday, the U.S. Supreme Court agreed to take up President Donald Trump's travel ban in the coming fall session. The ban has faced repeated legal challenges, resulting in multiple stays from lower courts that completely blocked its implementation.

President Trump's travel ban attempted to indefinitely deny visas to individuals from six Muslim-majority countries and deny entry to refugees from those countries for a limited period of time.

The Supreme Court unanimously agreed to hear the case and removed some injunctions affecting the stays that have prevented the travel ban from being exercised at all.

Decision from the Supreme Court could prevent some refugees from entering U.S.

The Supreme Court's order prevents most of the ban from taking effect before the case is heard, with limited exceptions.

The White House released a statement attributed to the president about the court's order, saying, "Today's unanimous Supreme Court decision is a clear victory for our national security." He added that the order "allows the travel suspension for the six terror-prone countries and the refugee suspension to become largely effective."

Small parts of the ban may be able to go into effect until the Supreme Court decides the legality of the travel ban. One group of people who could be prevented from entering the U.S. are refugees. The court wrote:

"When it comes to refugees who lack any such connection to the United States, for the reasons we have set out, the balance tips in favor of the government’s compelling need to provide for the nation’s security."

The practical impact of this clause remains to be seen, since it explicitly references national security as the "compelling need" by which a ban could go into effect.

The Trump administration would face additional legal challenges if it tried to implement even a limited version of the ban before the case is decided, as Justice Clarence Thomas highlighted in a dissenting opinion about the order.

Thomas said the order will "burden executive officials with the task of deciding — on peril of contempt — whether individuals from the six affected nations who wish to enter the United States have a sufficient connection to a person or entity in this country." He added that this will result in a "flood of litigation" about who has a "bona fide relationship" with the U.S. and who doesn't.

Supreme Court has not issued a ruling on Trump's travel ban

The legality of Trump's desired travel ban remains to be seen. Monday's order offered only temporary guidelines. The order is not a final ruling of the court on the case itself, and it doesn't tell us what the final ruling will be.

It is of note that Justice Anthony Kennedy, a conservative with a tendency to vote with liberals on social issues, did not join three of his conservative colleagues in their dissents on the instructions. He could be the deciding vote on the legality of Trump's travel ban.

A final ruling will be issued after the case is tried and the nine justices take a vote. Until then, any action the Trump administration takes around the travel ban could be reversed by the court's upcoming ruling.