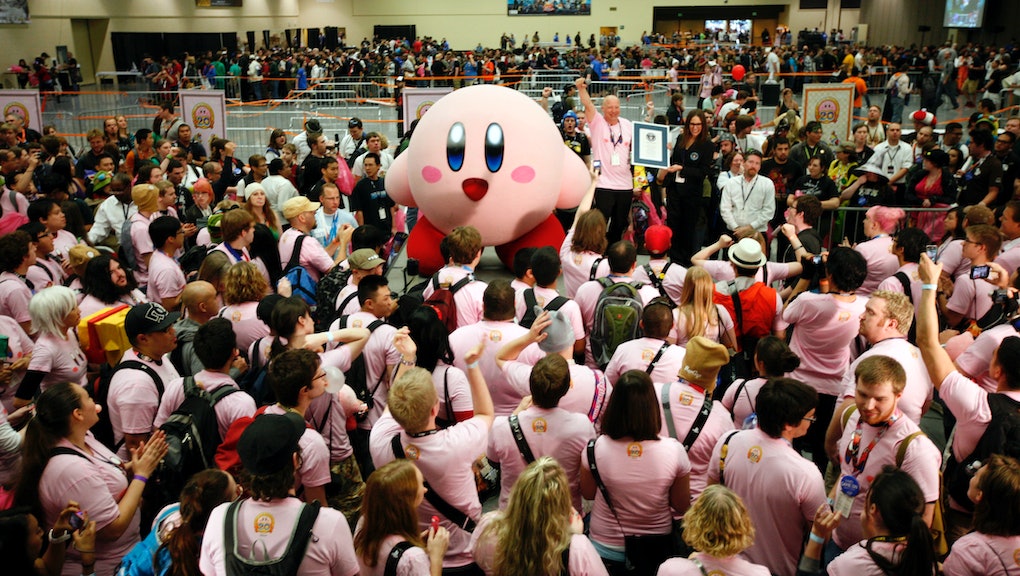 8 Kirbys dancing in unison in 'Super Smash Bros.' is the best thing you'll watch all week

Everybody loves Kirby. He's adorable, pink and one of the most "accessible" characters in the Super Smash Bros. roster. Next year, Kirby is coming to the Nintendo Switch in an untitled new game, but for now you can get your fix of the lovable "jolly fellow" thanks to an incredible video currently making the rounds on Twitter.

The video shows eight Kirbys in different colors moving in unison in Super Smash Bros Wii U. It's unclear how the creator pulled this off, though my guess is that they somehow synced one controller to all eight Kirbys; then again, maybe it actually is eight people working in perfect harmony. Either way, the result is equal parts mesmerizing and beautiful.

Personally, my favorite part is when all the Kirbys make a run for the edge of the stage, which features recurring Kirby boss enemy Whispy Woods. One Kirby actually manages to grab onto the ledge for a second before plummeting offscreen with the rest of his brothers.

Another standout moment occurs early on in the two-minute clip, when all eight Kirbys occupy the same exact space, leaving only one of them visible.

But if we're talking pure GIF-worthiness, then it's usually best to keep it simple. The next time a friend messages you asking what the crew is up to, just send them this GIF. They'll understand.