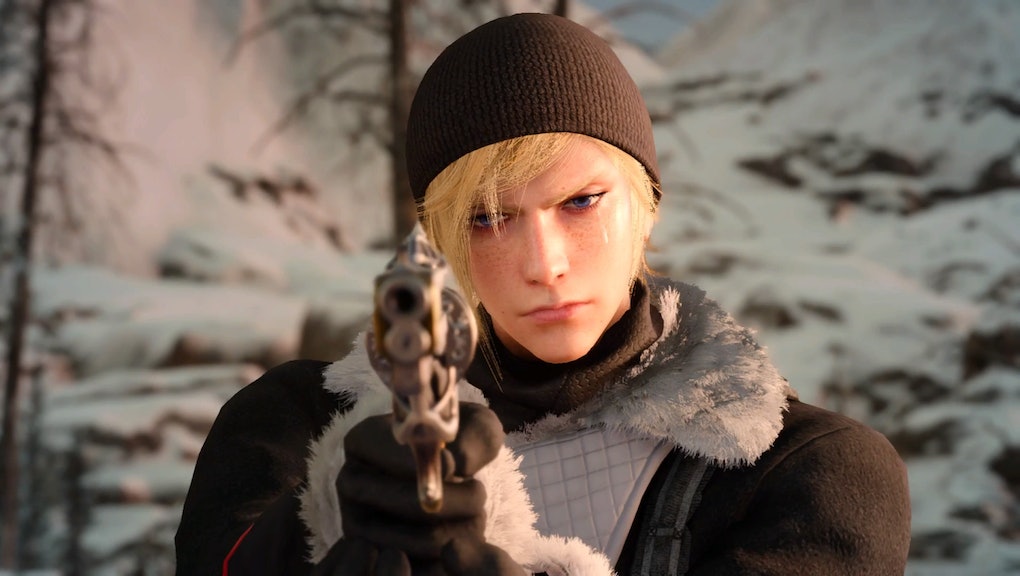 Final Fantasy 15's newest downloadable expansion and all around gun-boy extravaganza, Episode Prompto, is available now. Unlike the main campaign, which focuses on the angsty Prince Noctis, this particular chapter is about Prompto, Noctis’ blonde, jokey, significantly less angst-filled companion.

The good news: Episode Prompto offers an intriguing look at a character whose backstory, up until now, was largely conveyed through animated short films that didn’t exist within the game itself — but, in the process, it also strips away much of the personality that makes Prompto so charismatic.

The most interesting thing about Episode Prompto is that it introduces a brand-new third-person shooting system to account for the fact that Prompto uses guns and gadgets rather than swords.

For the most part, this new system works pretty well and does an effective job of switching up the combat formula you know from the main campaign. Unfortunately, it’s also pretty clear that Square didn’t design Final Fantasy 15 to handle shooter-style systems from the start, which leads to some weirdness.

For example, one of your four weapon slots holds guns that you can steal from enemies, all of which have limited amounts of ammo. However, once you pick up a new gun, the previous one just vanishes. And, once an enemy dies, you can no longer take their weapon — you can only steal it from them using a special finisher move.

So, if you’re in the middle of a fight with a boss surrounded by lots of weak enemies, you’ll have to keep the weaklings alive and steal their guns as you deplete your own ammo, like living batteries. Otherwise, you’ll only be able to use Prompto’s little pea shooter, a pistol with infinite ammo that does pitiful amounts of damage, or his melee weapon, which is tough to use against large bosses.

Luckily, there are a few weapon caches that you’ll encounter — especially in the later stages — but it’s a weird quirk of the game’s design that required some back-bending to get around.

At its best, Episode Prompto reminded me of the Tales From Ba Sing Se, the character-focused episode of Avatar: The Last Airbender that contained a series of compelling, intimate vignetted character arcs focusing on people that usually exist in the shadows of the Aang’s story.

Here, that format allowed space for Prompto, who’s usually just a comic relief character, to get his own time in the spotlight and figure out how to function as an individual, rather than just as a cog in Prince Noctis’ royal destiny.

Unfortunately, the very thing that makes Prompto so likeable — his cheery, enthusiastic demeanor — is almost entirely missing throughout the entire experience, such that Aranea has to whip him into shape on several occasions to break up the monotony. It’s like Square Enix thinks all its main characters have to be sad about something at all times. Of course, allowing Prompto to actually have a darker, sadder, more introspective arc is a welcome change, but after an hour or two, I was hungry for some of Prompto’s wise-cracking antics.

Final Fantasy 15: Episode Prompto Review: Is it worth the money?

At the end of the day, Episode Prompto only costs $4.99, so, even though it’s not perfect, it’s pretty impossible to argue with that price. For example, compared the recent Diablo 3 necromancer expansion, which costs three times as much but only gives you a new character, Episode Prompto is a steal.

And, even though it sounds like I’m being pretty hard on it, I genuinely enjoyed my two-ish hours with Episode Prompto and have no qualms about recommending it to someone who’s missing their favorite Final Fantasy boy.