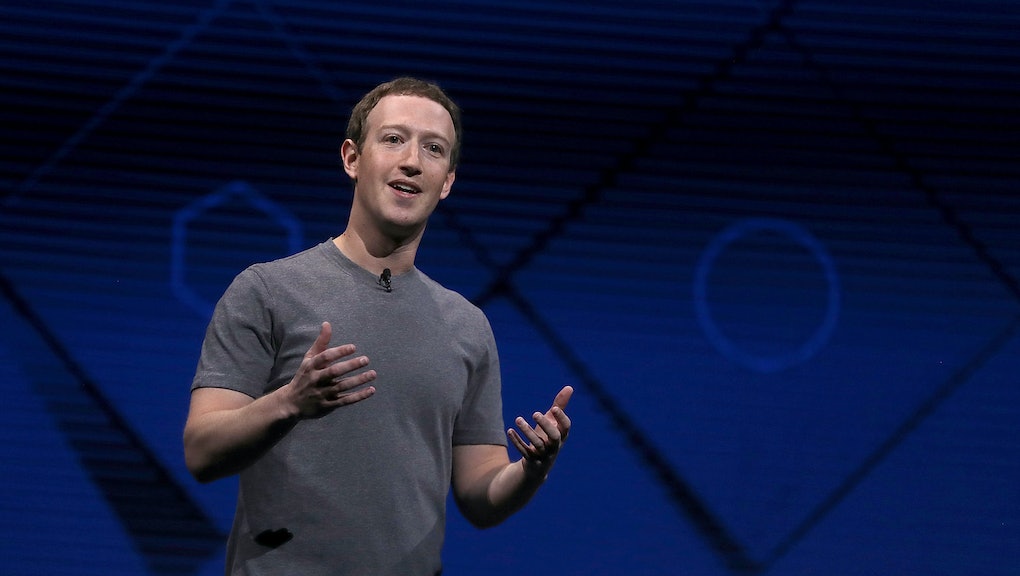 Facebook's secretive guidelines for what counts as hate speech seem incomprehensible. Write "white men are assholes" and your post is removed. Call for violence against "radicalized Muslims" and you're totally fine.

Now, we have a little insight into why.

A set of training materials leaked to ProPublica reveal the guidelines for what moderators should consider "hate speech" and what counts as an attack that should be taken down, or could trigger an account suspension. Included is a slide deck about protected groups that show why it's not OK to curse at men, but why it's fine to call for the complete segregation and exclusion of refugees and migrants.

The most alarming of the slides is a quiz from the slide deck that shows three groups: black children, female drivers and white men. The quiz asks which of the subgroups "do we protect" with content moderation and post take-downs. The correct answer is: "white men."

This conclusion comes from a strange kind of math Facebook moderators do to determine who counts as a "protected category," or PC, for the purposes of hate speech. Those PCs include racial groups, gender identities, ethnicities and other factors. They don't include religions, social classes, ages or occupations.

And then there are migrants and refugees, which are a "quasi-protected category," or QPC. Facebook allows "dismissing" or "calling for the exclusion or segregation" of QPCs. The slide about immigrants says that this rule was instated after the Syrian refugee crisis, possibly to allow for political discussions about refugees, except that the moderation rules also allow for "cursing at a QPC." Baffling.

Another rule, which is no longer in place at Facebook according to ProPublica, was that talking positively about "violence to resist occupation of an internationally recognized state" was banned.

"The policies do not always lead to perfect outcomes," Facebook's head of global policy management Monika Bickert told ProPublica. "That is the reality of having policies that apply to a global community where people around the world are going to have very different ideas about what is OK to share."