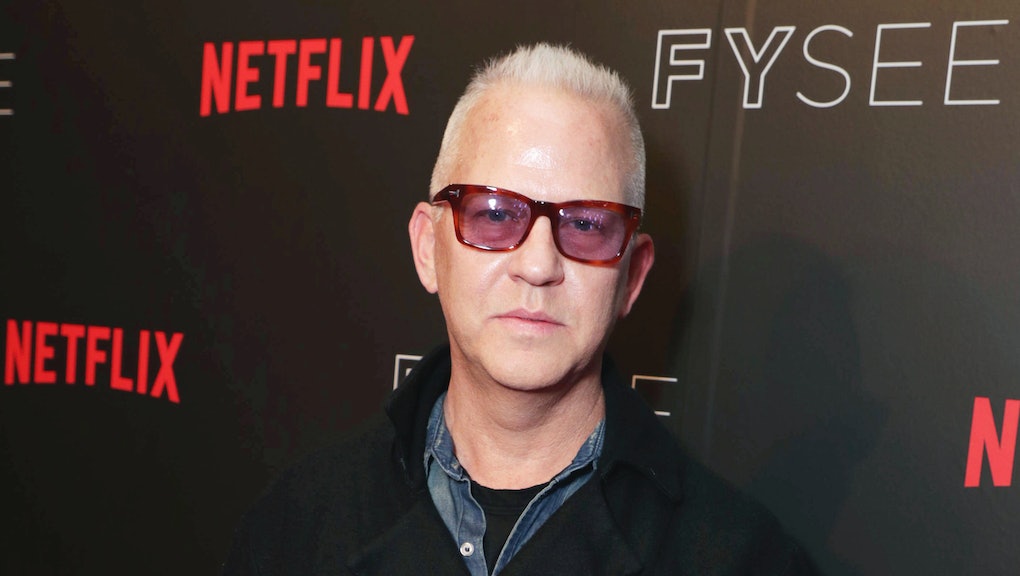 'American Horror Story' Theories: Will season 7 be connected to the season 1 piggy man?

New photos from the American Horror Story set suggest that season seven will take place partly in a butchery. A Reddit user who lives near the show's Los Angeles filming location confirmed that AHS producers have built a "Butchery on Main," suggesting the fictional store front will play a major role in the new episodes, which follow the 2016 presidential election.

But while AHS creator Ryan Murphy has teased that the new season will feature characters from season four's Freak Show, this butchery could potentially be a reference to the Piggy Man of the season one Murder House or the Butcher from season six's Roanoke.

Fans will recall that the Piggy Man first appeared in the nightmares of a character played by Eric Stonestreet. According to lore, if one turned to a bathroom mirror and said, "Here piggy, pig, pig," a man with a pig head would appear and kill the summoner. The story was referenced again in Roanoke, when Jether Polk told Lee about a similar pig-headed murderer who happened to be his ancestor. According to both characters, the Piggy Man was originally a butcher at the 1893 Chicago World's Fair who killed as many people as he did pigs.

The season seven set piece could also be a reference to season six's Butcher, a vengeful ghost played by Susan Berger, and depicted by Kathy Bates in the documentary, who sacrificed Roanoke citizens to fulfill a blood pact with a demon. She murdered everyone connected to the land that she haunted, including the cast of a documentary that depicted her ghostly adventures. One of her victims was the Pig Man, who the Butcher roasted on a spit after attaching a pig's tail to his tailbone and forcing a pig's face over his head.

Ryan Murphy has made a habit of tying together all the seasons of American Horror Story, so any number of these characters could show up again. Ultimately, since the season is about the election, it could just be a reference to President Donald Trump calling women "pigs, slobs and dogs."

Previous season seven clues have revealed a grotesque take on the Republican logo and a Satanic monster with hands growing from its face. The latter clue includes the caption "ambidexterity," which could mean the handsy monster will hunt members of both parties — the political right and political left — like an ambidextrous person might use their right and left hands.

The cast for season seven of American Horror Story will include alum Evan Peters and Sarah Paulson. They will be joined by Scream Queens' Billie Lourd and Difficult People's Billy Eichner. Colton Haynes has also signed on in a mysterious role.