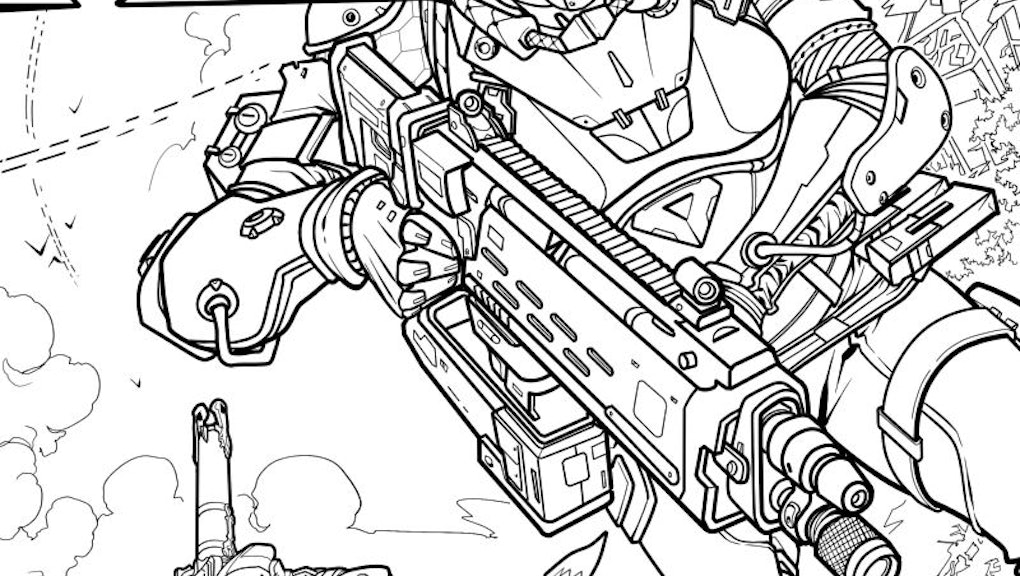 We're all very excited about Destiny 2. The new supers, the promise of a real and tangible story — potentially with Fallen friends — and the hope that we might see a game beyond a loot treadmill. Personally, I'd trade all of that in for better armor shaders, and with the release of the Destiny coloring book, I might even get a chance to try my hand at it myself before the game's release.

Destiny coloring book: A great gift for people who thought the armor shaders were ugly as heck

As Kotaku reported, the official Destiny coloring book comes out in August, with art by a comics artist who is also a big fan of the game. Kotaku noted that this is an unorthodox tie-in for a massively popular game, but I'm for it. I'm for anything that will allow me to right the wrong so ruthlessly done to my Hunter, which was that the bulk of armor shaders looked downright atrocious on him.

You see, in Destiny, there's a clear hierarchy of shader favoritism — Titans look great in just about all of them, say 99%. Warlocks look cool in about 67%, and Hunters look good in approximately 33% or fewer of them, depending on how I felt on a given day.

This was exacerbated by class armors — Titan marks, Warlock bonds and Hunter cloaks — not always being affected by shaders. So even if I liked the look of a certain shader, I had to cross my fingers that my big, dumb, green On The Marsh cloak didn't clash with it. If you think I'm exaggerating, I promise I'm not. So many shaders made my Hunter's pants so shiny he could have been dancing alongside Peter Dinklage and Gwen Stefani in SNL's "Mafia Meeting" skit:

It got so bad by the time I stopped playing that I allied myself with with Dead Orbit not only out of allegiance to Peter Stormare's dulcet tones, but because the black-and-white shaders were the only ones that made my hunter look half decent.

I'm ready to sacrifice my Hunter's shader optimization to get to keep wearing those sweet cloaks in Destiny 2 again, but it would be nice if I didn't have to. Failing that, I can always buy the official Destiny coloring book and make my dream Hunter armor set — or more likely get bored and frustrated by my lack of color theory training and leave it half-finished on the page. Maybe they should just do a Space Pants set for bozos like me — if I'm already going to look like an extra in a Peter Dinklage skit, why not make it official?