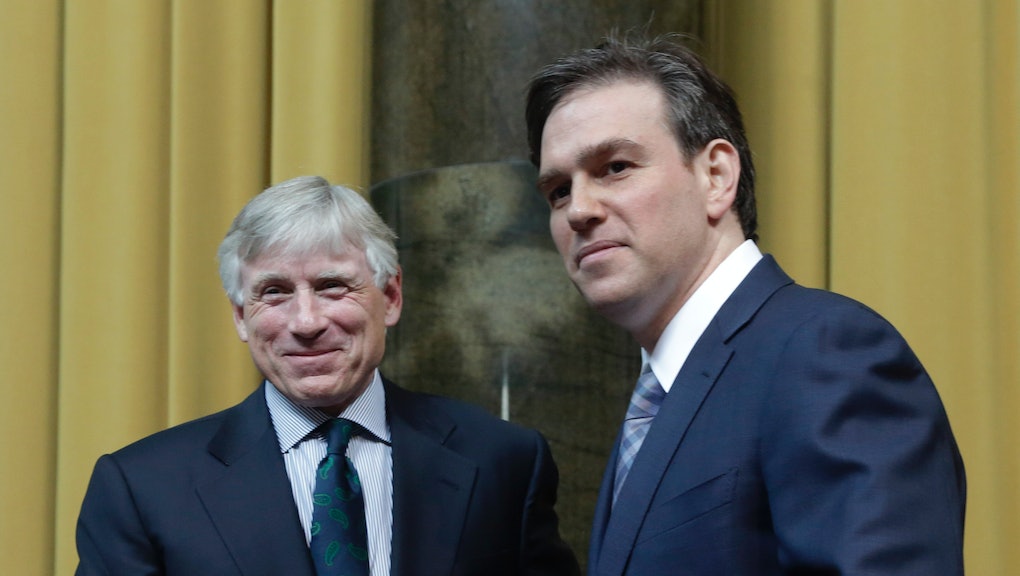 Bret Stephens, a conservative columnist from the New York Times, has joined MSNBC and NBC as an on-air contributor.

MSNBC show host Nicolle Wallace announced the news on her program on Wednesday afternoon when Stephens joined the show to discuss health care.

"We're so, so, so lucky and happy to have you," Wallace said.

Stephens, who won a Pulitzer Prize in 2013 for commentary while he was at the Wall Street Journal, will remain a columnist at the Times.

Stevens joins another stable of new contributors and hosts recently hired by the network, which has been on something of a conservative hiring spree. In the past several months, MSNBC brought on the conservative radio show host Hugh Hewitt, along with Wallace, a former spokesperson for President George W. Bush and who worked for John McCain and Sarah Palin's 2008 presidential campaign. In January, MSNBC brought in ex-Fox News host Greta Van Susteren to host a 6 p.m. program.

Stephens has been heavily criticized for many of his views, particularly his stance on climate change. The Times' decision to hire Stephens in April caused an uproar, and the newspaper reportedly lost subscribers after his first column was published.