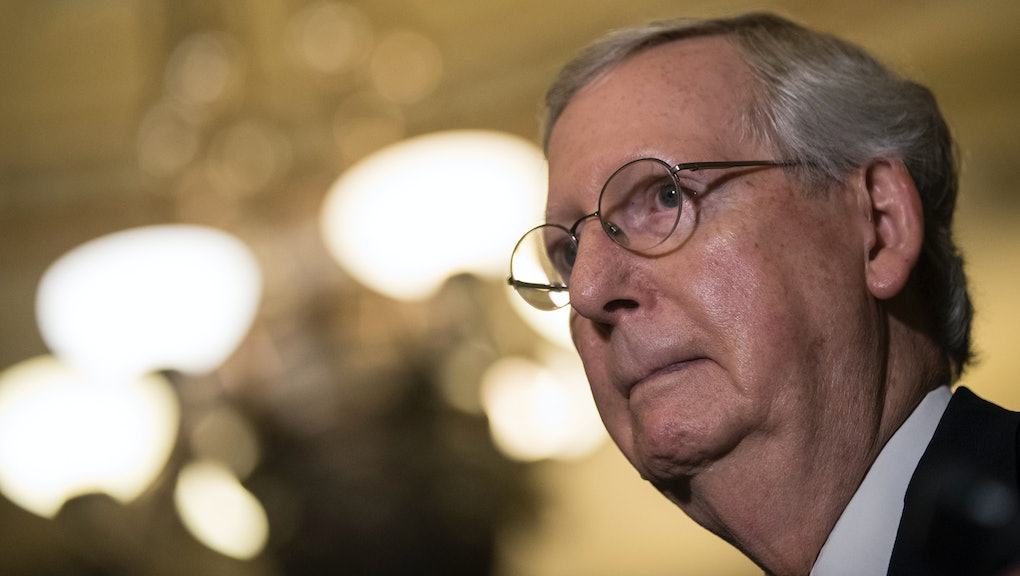 Behind the scenes, Senate Republicans are bickering over their embattled health care bill

The Senate Republican health care plan appears to be in worse shape than initially thought, as GOP members from all sides of the political spectrum look unable to forge a consensus in their quest to "repeal and replace" the Affordable Care Act.

While just five Republican senators had publicly come out against the bill before Majority Leader Mitch McConnell (R-Ky.) decided to postpone a vote on it earlier this week, that number has allegedly grown to between 15 and 20, Politico reported. That's many more than the two votes Republicans can stand to lose and still have their plan pass.

And the inability to come to an agreement about how to make good on the party's seven-year promise to reform the country's health care system has led to heated moments between Senate Republicans behind closed doors.

“You’re too weak to do what you should do,” Sen. Tom Cotton (R-Ark.) told his colleagues who were against the health care plan during a meeting at the White House on Tuesday after the health care vote was called off, Politico reported.

Sen. Rob Portman (R-Ohio) — often a reliable Republican vote for GOP leadership — reportedly got into a heated exchange with McConnell, accusing him of having "overreached" with the health care proposal, according to Politico.

At odds are Senate conservatives, who say the bill doesn't go far enough to repeal the ACA, and moderate Republican senators, who are not on board with the dramatic Medicaid cuts that would leave the burden of covering poor Americans to the states.

Complicating things even further is how dramatically unpopular the Senate Republican health care plan is, with multiple polls released on Wednesday finding the bill with between 12% and 17% approval.

Those abysmal approval ratings make the plan one of the least popular policy proposals in decades, according to data from Cornell University's Roper Center for Public Opinion Research. The Roper Center data was based on the House-passed American Health Care Act, and the Senate bill is even more unpopular than the ACHA.

McConnell hopes to put out an updated version of the bill by Friday, allowing the non-partisan Congressional Budget Office to analyze its impacts before senators return to Washington, D.C., after the July 4 recess, according to the Washington Post.

But with his caucus still split on what the bill should include, that deadline looks to be too optimistic.

Sen. Rand Paul (R-Ky.) — one of the members to publicly denounce the bill before the vote was postponed — said Senate Republicans are still at "an impasse," according to HuffPost's Matt Fuller.