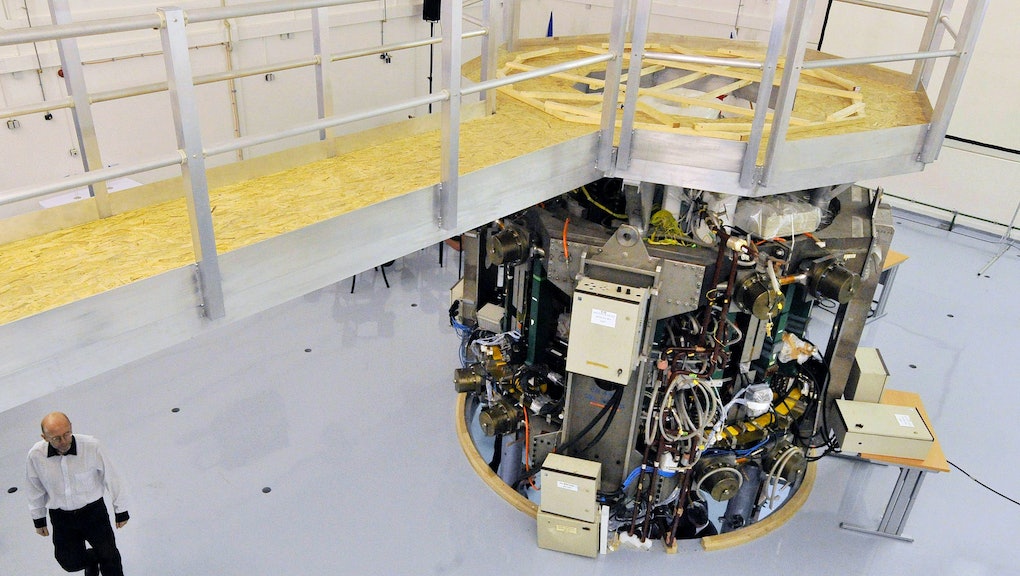 Stars use a unique process to generate energy. They're powered by fusion reaction. Take the sun, for example, which produces energy by merging hydrogen atoms into helium atoms.

Scientists have been working on replicating this process on Earth in lab settings by creating fusion reactor devices that are capable of combining two atoms. It hasn’t been perfected, but when it is, there’s hope that it can produce limitless, carbon-free clean energy.

If you’ve ever been curious about what goes on inside a fusion reactor, you’re in luck. There’s rare footage circulating the internet that shows exactly what happens. The video, recorded with a high-speed camera, consists of 300 milliseconds taken at the Compass Tokamak reactor — an experimental machine — at the Institute of Plasma Physics in Prague.

How does fusion reaction work? Essentially, two nuclei are fused together to create a heavier nucleus — a different atom entirely. This process releases energy. In lab settings, scientists heat up hydrogen to source plasma. Continuous pressure is needed to keep the plasma confined and to keep the nuclei merging. On the Sun, that's taken care of by gravity, but on Earth, a magnetic field is required.

The video's accompanying description on YouTube explains how the footage was captured in January 2016:

On 20th January 2016, the first high-speed colour videos from the COMPASS tokamak discharges were recorded by a new fast CMOS camera of the Photron Mini UX100 type. In ohmically heated plasmas in a divertor configuration and deuterium as a working gas, the videos of 1000-20000 frames per second revealed formation of the plasma column, its shaping and refilling by the gas puffing, and also a plasma-wall interaction resulting in dust particles propagating across the vacuum vessel of the tokamak.

First uploaded to YouTube last December, the footage recently resurfaced on Reddit. It spotlights how a plasma column forms and refills within a tokamak.