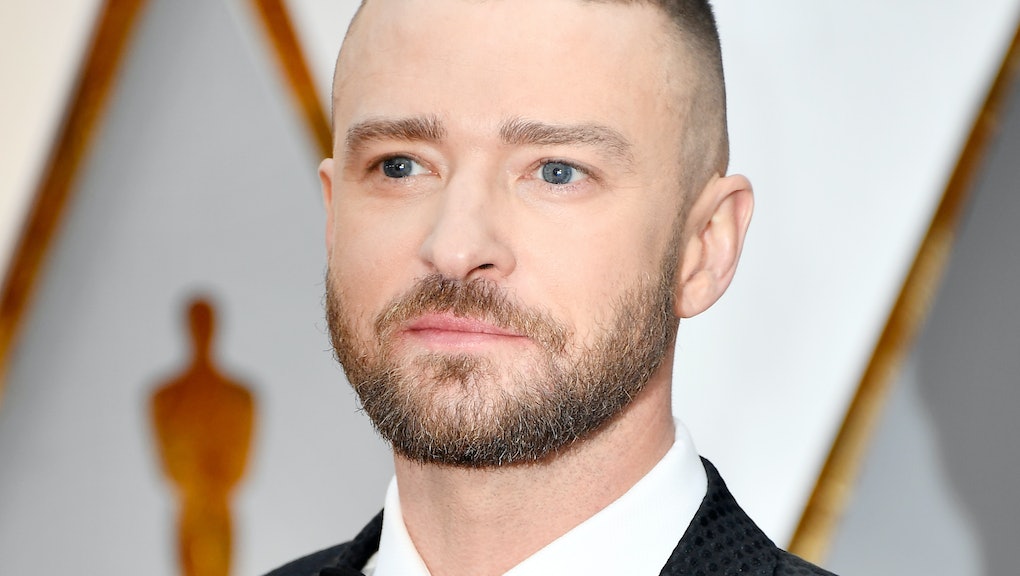 It's been nearly four years since Justin Timberlake released his back-to-back studio albums The 20/20 Experience and The 20/20 Experience — 2 of 2. Since his last records dropped in 2013, Timberlake, besides becoming a first-time dad, has been keeping busy as a prominent feature on several musical projects. He saw success with “Love Never Felt So Good” on the posthumous Michael Jackson album Xscape in 2014. There was also his happy-go-lucky No. 1 single “Can't Stop The Feeling” from the Trolls motion picture soundtrack in 2016. He also dabbled in voice acting, donning the role of lead character Branch in the animated film.

Although Timberlake hasn't completely disappeared from the music world since his last record, some fans have been tweeting that they are ready to hear some new solo material from him.

The good news is that the veteran crooner has been leaving a paper trail that suggests he could have a new project on the way. For fans who haven't been paying close attention, here are three signs that the official announcement of a new Justin Timberlake album could come along any day now.

Pharrell Williams, who worked closely with Justin Timberlake on his debut solo album, Justified, confirmed on Today on Tuesday that new Timberlake music does in fact exist, and it's going to be good.

In March, Timberlake posted the photo above on Instagram. In the photo, he’s seated between Timbaland, who co-produced FutureSex/LoveSounds, and Pharrell, which gave us another clue about the future production of the yet-to-be titled album.

In March, a fan tweeted at Timberlake requesting new music, as he was tired of playing The 20/20 Experience over and over to get his JT fix. Timberlake quickly responded, "On the way...." The singer didn't offer much detail after that, which is still a tease, but it was more than enough to feed the curiosity around the album.

Timberlake was open about the sound of his next album during a November interview with Variety. He revealed that it would be much different from his last.

"I wouldn't say [my new material] is the antithesis of 20/20, but it does sound more singular," Timberlake said. "If 20/20 sounded like it literally surrounds your entire head, this stuff feels more like it just punches you between the eyes."

Based on their recording sessions thus far, Pharrell told Variety that he believed Timberlake was coming into his own as an artist with this record.

"I would pay Justin a huge compliment to say he’s just discovering who he is now," Pharrell said.

When asked about the album's release date, Timberlake said, “I’ll put it out when it’s done — when it feels right.”

Until that day comes, he'll likely continue dropping hints to keep his fans on their toes.