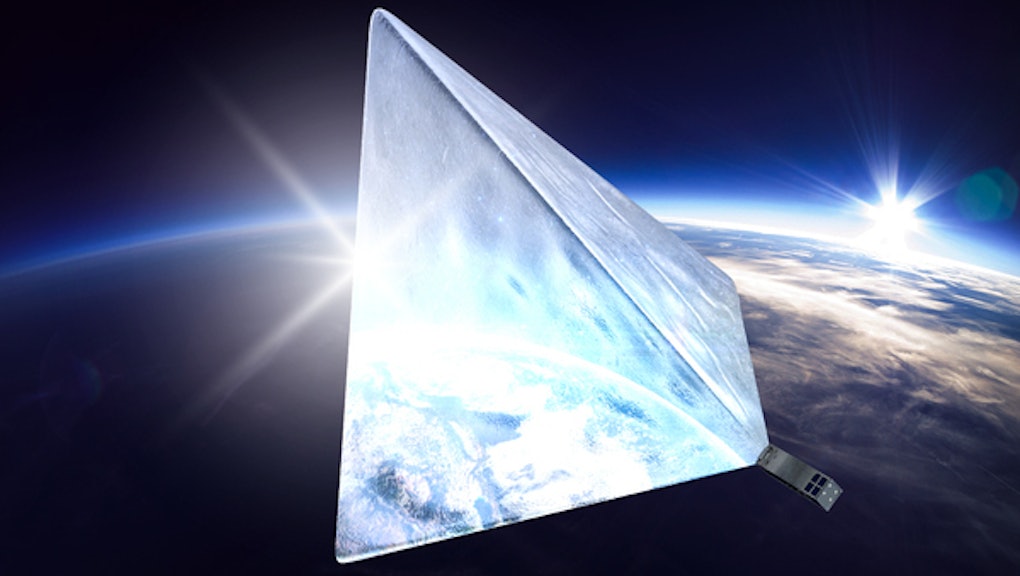 Our galaxy is home to 100 billion stars — and soon there may be one more.

Russia is slated to launch a reflective satellite into space later this summer that, in theory, will shine from the sky brighter than any other star. Called Mayak, which translates to “Beacon” or “Lighthouse” in English, the satellite is “roughly the size of a loaf of bread” and will launch on Friday, July 14 from the Baikonur Cosmodrome in Kazakhstan aboard a Soyuz-2 rocket.

Once the small satellite is 370 miles into orbit, it will deploy a pyramid-shaped solar reflector that is designed to capture the sun’s rays and bounce them back to Earth, creating the effect of a twinkling star to Earthlings. The reflector will be 170 square feet, is reportedly 20 times thinner than human hair and is made of Mylar — a thin polymer material.

One goal is for the satellite to outshine naturally existing stars. Another is to evaluate how to brake satellites in orbit and de-orbit them. The Russian team of engineers and space enthusiasts also hope to generate interest in space exploration.

"We are sending a spacecraft into orbit that will be the brightest star in the sky, visible from any point on our planet," Alexander Shaenko, head of the Contemporary Cosmonautics program at Moscow State Mechanical Engineering University, told Sputnik News. "We want to show that space exploration is something exciting and interesting, but most importantly that today it is accessible to everybody who is interested."

The journey, funded by a crowdsourced campaign on Russian crowdfunding site Boomstarter, will come with an accompanying app. This will let smartphone users track the progress of the satellite and provide an exact location at any given time.

But not everyone in the astronomy community is on board with this project. Critics say it’ll be a distraction for stargazers and scientists attempting to study the night sky.

“We fight so hard for dark skies in and around our planet,” Nick Howes, an astronomer and former deputy director of the Kielder Observatory in Northumberland, told IFLScience. “To see this being potentially ruined by some ridiculous crowdfunded nonsense makes my heart simply despair.”