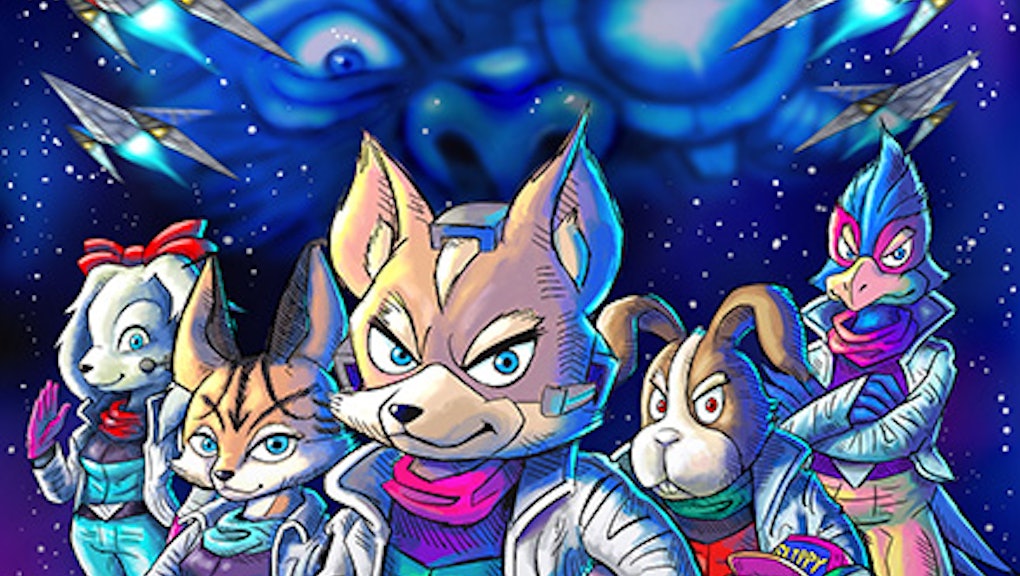 This September, the SNES Classic is bringing us the completed-but-never-released Star Fox 2. The fact that Star Fox 2 is essentially a new SNES release is exciting enough, but when you look closer, you can see the profound influence this unreleased game had on future Star Fox titles. In many ways, Star Fox 2’s gameplay design was ahead of its time, and even though the game is 22 years old, players are in for a title that would find itself well at home with the indie releases of today.

We’ve put together five facts about Star Fox 2 that show just how different this game was from its contemporaries. The information comes from sources who played the title using a nearly completed ROM dump, but the final version of the game that releases in September may have differences of which we’re not aware.

(Editor’s Note: Mic does not endorse the downloading or use of copyrighted material, including ROMs, without the express permission of the copyright holder.)

1. Star Fox 2 was a real sequel that moved the plot forward

The Star Fox canon is a weird and wacky thing. Between two reboot/remakes of the original game (Star Fox 64 and Star Fox Zero), the Nintendo Power comics, regular old plot holes and continuity errors, it’s hard to decipher what the actual Star Fox timeline is. However, Star Fox 2 came before all those complications arose, and is intended to be a sequel to the original Star Fox released on the SNES in 1993.

The fact that Star Fox 2 is a sequel is significant because the second game in the series to actually be released, Star Fox 64, is a reboot of the original Star Fox. Because Star Fox 64 is a reboot, the series wouldn’t actually move forward plot-wise until the release of Star Fox Adventures on the GameCube in 2002.

2. Star Fox 2 featured the first female characters in the series

You might be thinking that we mean the series’ first playable female characters above, but, sadly, we don’t. The original Star Fox was devoid of any female presence whatsoever, but Star Fox 2 was ready to remedy that before its cancellation. Unfortunately, since Star Fox 2 didn’t release, we wouldn’t get a chance to play as a female character until Krystal made her debut in Star Fox Adventures.

Although some characters cycled in and out of the Star Fox 2 roster during development — including Fara Phoenix from the 1992 Nintendo Power comics — the close-to-final build contains two female members of the Star Fox team: Fay and Miyu.

Miyu is a Lynx who seems to be somewhat sassy, blowing a kiss when you confirm her as a character.

Fay, on the other hand, is a dog (possibly a Poodle or a Cocker Spaniel) who seems more reserved.

Unfortunately, as of right now, we don’t know much about Fay and Miyu’s background or personalities. Though the near-final ROM leaked, we don’t have any design docs or backstory to get to know these two better. Hopefully, as part of the SNES Classic release in September, we’ll get a chance to learn more about these two and the Star Fox 2 universe in general.

3. There are three types of Arwing to choose from in Star Fox 2

Every other Star Fox entry (besides Star Fox Command) has you piloting only one type of general purpose Arwing. Star Fox 2, on the other hand, has three different Arwings that each handle differently and have unique items.

Fox and Falco fly the standard, balanced Arwing which sits in the middle of the road when it comes to shield strength and how fast they can charge their lasers. They also carry the iconic Nova Bomb, which causes devastation over a large area of space.

Slippy and Peppy pilot a defense-oriented Arwing, which is the slowest of the three types. Their craft have the highest shield strength, but this comes at the expense of maneuverability and laser charge speed. Their special item will repair their Arwing without having to return to the Mothership.

Miyu and Fay, the two newest members of Star Fox, fly an interceptor-like craft. Their Arwings are the fastest of the three types but have the least health. Their special item will restore their Arwing’s shields, and they also get the bonus of starting with more powerful Twin Blaster Type A lasers instead of having to find a power-up to get them.

When you launch the game, you have to choose two characters. One will be your primary pilot, and the other will be your backup, though you can change between them at any time by pressing select.

4. If you’re a fan of roguelikes, you’ll love this game

Star Fox 2 isn’t nearly as forgiving as the other entries in the franchise; it requires a lot more strategic and tactical thought from the player. Instead of progressing through the game linearly from one level to the next, you start the game on a map of the Corneria System. On the map, you can plot your course to any of the planets, ships or stations in the system. However, there’s a catch: When your ships move, the enemy forces get to move too.

Since your opponent gets to move as you do, you end up having to make a ton of decisions. You may be low on health and have to decide whether to go ahead and try to take out one of Andross’ missile-shooting planetary bases or to return to the Mothership and repair. If you try to take down the base, you might end up losing your life, but choose to return and repair and the base may launch another missile you’ll have to deal with before you can get back to the planet and attempt to take it down.

Making all this even more complicated is the fact that you don’t get multiple lives in Star Fox 2. You choose two characters at the beginning of the game, and those are your two "lives." Once one of them is taken down, they’re gone for good. Lose both ships, and it’s game over.

5. The rest of the series lifted a lot of ideas directly from Star Fox 2

A lot of the new features in Star Fox 2 would eventually make their way to later entries in the franchise. Below are just a few of the features that were recycled into other games.

The multiple Arwing types and strategic gameplay of Star Fox Command got their start in Star Fox 2.

Arwings having the ability to turn into Walker ground vehicles is an essential part of attacking bases in Star Fox 2.

Get ready to return to Corneria

Star Fox 2 looks like it would have been hugely applauded if it had released on schedule in 1995. Fortunately, instead of locking it away in their archives forever, Nintendo is finally allowing fans to get their chance to experience the revolutionary title. With gameplay that was decades ahead of its time and the charming, simple polygons of the Super FX 2 chip, this forgotten game is sure to be a hit when it makes its premiere 22 years later on Sept. 29, 2017, on the SNES Classic.