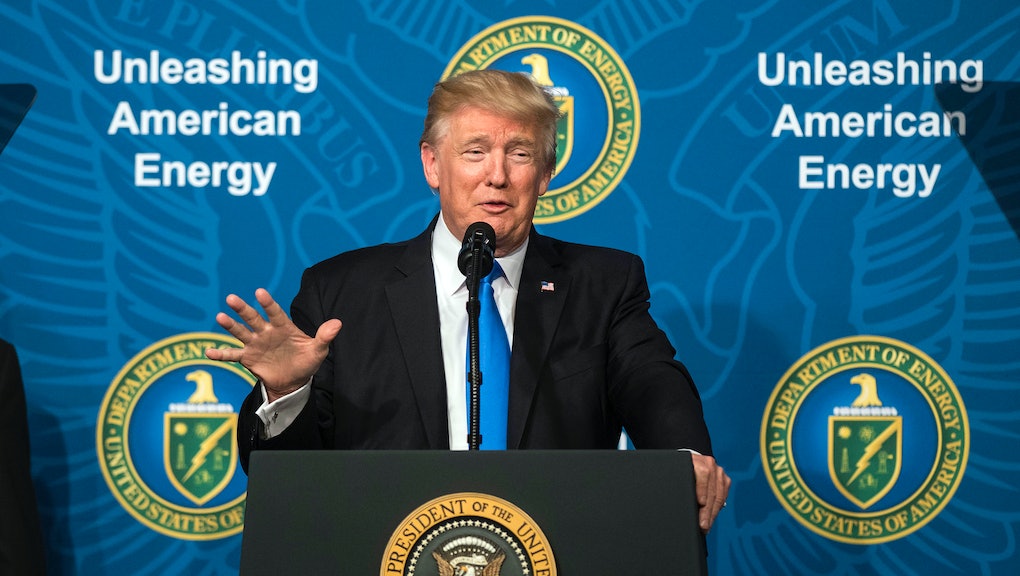 Trump urges GOP to "repeal and then replace at a later date." Here’s why that would be a disaster.

Frustrated by his party’s inability to come up with a replacement for the Affordable Care Act, President Donald Trump called on Republicans Friday to pass a repeal bill and wait until later to implement a new health care overhaul.

“If Republican senators are unable to pass what they are working on now, they should immediately repeal and then replace at a later date!” Trump tweeted.

That suggestion was echoed by Sen. Ben Sasse (R-Neb.), who in a letter to Trump urged him to call on Republicans to fully repeal the Affordable Care Act, better known as Obamacare, and cancel the upcoming August Congressional recess so that Republicans can come up with a replacement before Labor Day.

“You campaigned and won on the repeal of Obamacare. So did every Republican senator. We should keep our word,” Sasse wrote in a letter to Trump.

In December 2015, both the Republican House and Senate passed a straight repeal of much of the ACA without a replacement. At the time, the nonpartisan Congressional Budget Office estimated the legislation would be a disaster, leading 32 million people to lose their insurance by 2026 and making insurance premiums skyrocket.

President Barack Obama was in office at the time and vetoed the legislation. But in 2017, Trump would sign such a repeal into law.

And given the Republican Congress’ competing factions and difficulty coming to an agreement on health care, there’s no guarantee that the House and Senate could come up with a plan and ensure the CBO’s predictions don’t come true, with millions losing their coverage and throwing the health care market into chaos.

The repeal-without-a-replacement strategy was also thrown around in January, as Trump geared up to take the oath of office.

But the idea was shot down by even the most conservative members of Congress.

Nearly six months later, it’s unclear whether Republicans would be ready to give the idea of repealing without an immediate replacement another try. And if they do, whether the Republican Congress, which has thus far proven an inability to forge a consensus, could pass a sufficient replacement is anyone’s guess.