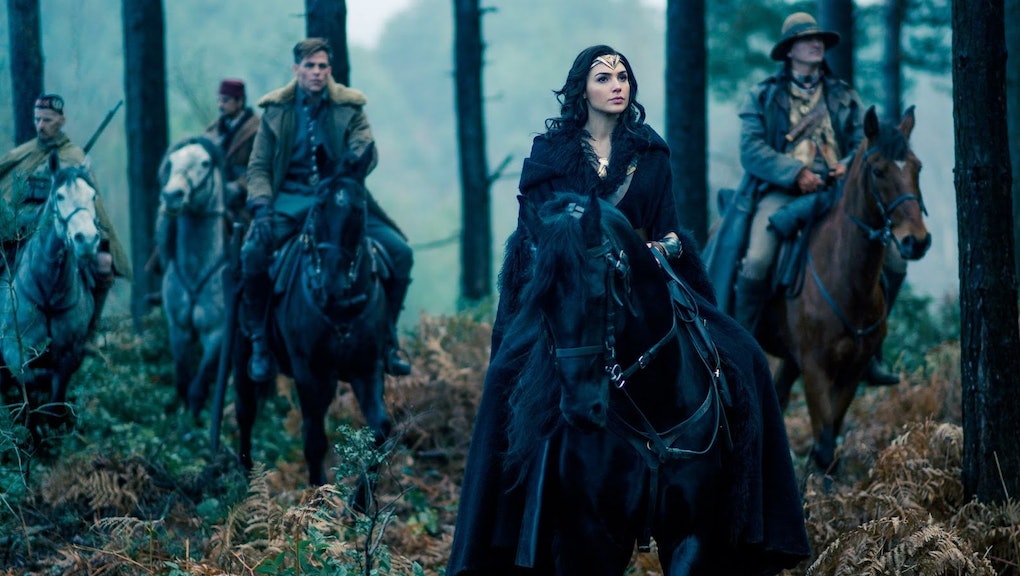 Just four weeks into its theatrical release, Wonder Woman has become the highest grossing film in the DC Extended Universe. The Wrap reported that the Gal Gadot-starring and Patty Jenkins-directed flick earned an additional $2.68 million on Thursday, bringing the film’s domestic total to $330.5 million, just ahead of the $330.3 million earned by Batman v Superman: Dawn of Justice.

The film had previously passed Man of Steel and Suicide Squad. Of course, Wonder Woman’s box office tally will continue to grow as it stays in theaters.

Becoming the highest-grossing DC movie since 2012’s The Dark Knight Rises, Wonder Woman’s success should put to bed any concerns regarding a shortage in demand for movies featuring female heroes. Hopefully, the film’s critical and financial achievements will lead to more big-budget opportunities for female directors: Wonder Woman recently passed Mamma Mia! as the highest-grossing movie worldwide from a female director. And now, Jenkins is in talks to direct the sequel.

Wonder Woman’s box office prowess comes not only from the fact that fans have waited more than 75 years to see the Amazon princess receive a solo film, but also because the movie turned out to be pretty damn good, leading to incredibly strong word-of-mouth advertising. After opening to $103 million in the U.S., the film has held exceptionally well in subsequent weekends: When it comes to DC films, Wonder Woman’s take-home of $24 million in its fourth weekend is second only to The Dark Knight’s $26 million.

Going forward, the question will be how much more cash Wonder Woman can rake in before exiting theaters. The highest-grossing film of the summer so far is Guardians of the Galaxy Vol. 2, which has brought in a little more than $381 million after nine weeks. That may be a tough number for Wonder Woman to reach, with Spider-Man: Homecoming, War for the Planet of the Apes and Dunkirk arriving in theaters shortly. Either way, the Jenkins film should be one of the summer’s top-grossing movies.

Whether Wonder Woman will remain the highest-grossing film in the DCEU when 2017 comes to a close largely depends on the reaction to Justice League, which hits theaters Nov. 17. Should that film be reviewed positively, it’s hard to imagine it wouldn’t make a run at $400 million in the U.S, especially if it builds on Wonder Woman’s goodwill. Seeing Batman, Superman, Wonder Woman, the Flash and Aquaman onscreen at the same time will be akin to witnessing the Marvel heroes unite in the first Avengers, which earned more than $623 million domestically.

Regardless of whether Wonder Woman leads the DCEU at the end of 2017, there is no arguing against the film’s achievements.