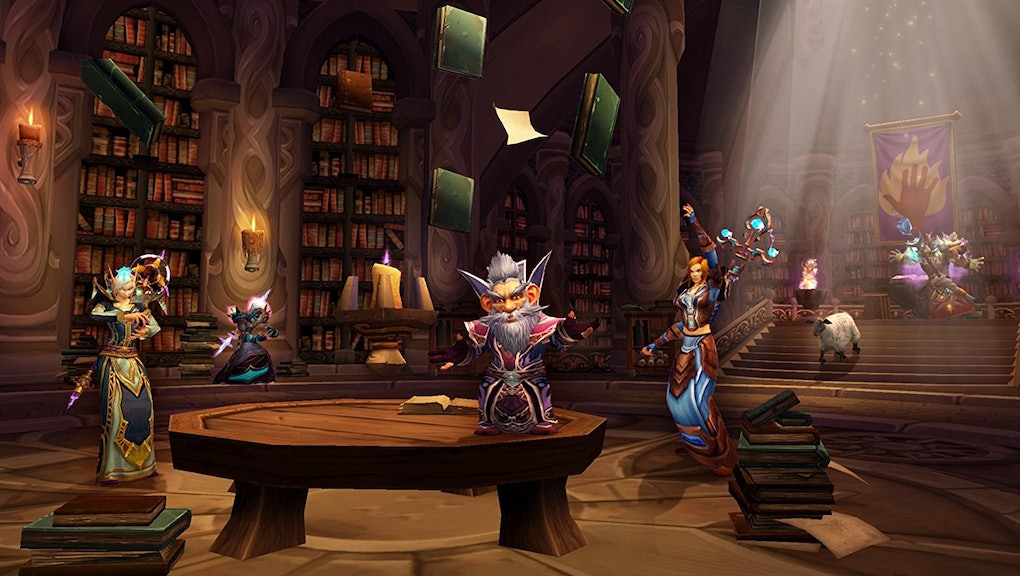 'World of Warcraft' 'Legend of Zelda' Questline: What happened to this amazing adventure?

In 2010, World of Warcraft released the bold Cataclysm expansion pack. Instead of adding a new landmass to explore like every other WoW expansion, it reshaped the entire world players had grown to love in the years prior, leaving it almost unrecognizable to veterans like me.

It was a daring choice. There’s no official way to go back to the way things used to be. If you had a favorite quest that got deleted or town that got destroyed by the cataclysm, they’re gone forever now. To celebrate the release of the Zelda: Breath of the Wild DLC, I want to tell you about my favorite WoW questline, which was unceremoniously killed off by Cataclysm.

World of Warcraft’s coolest questline was a huge Zelda tribute

In the otherwise monotonous Un’Goro Crater zone on the southern edge of Kalimdor, players used to be able to talk to a little hooded gnome named Linken. Armed with a sword and shield, Linken gave you a quest called It’s a Secret to Everybody. You can probably see where this is going.

Linken sent you all around Un’Goro Crater completing various objectives for him, including retrieving his lost compass, map and magical key. Like in any good Zelda game, you had to help him power up his sword and defeat a powerful enemy that was giving him trouble. At the end of it all, you got a fun boomerang item and Linken’s Sword of Mastery, obvious allusions to Zelda.

It was just about the only fun thing to do in Un’Goro Crater, which was one of the lesser zones in classic WoW. Unfortunately, the questline was removed in Cataclysm, along with any way to get the rewards for completing it. Thankfully, Linken actually still lives as a random accomplice you can get in a level 85 quest added later. It’s good to know he survived.

If you’re not super familiar with WoW, this is one of very many pop culture references littered throughout the game. Blizzard takes its world seriously, but not that seriously. Linken’s quests may not be in the game anymore, but anyone lucky enough to have experienced them surely has fond memories of them like I do.