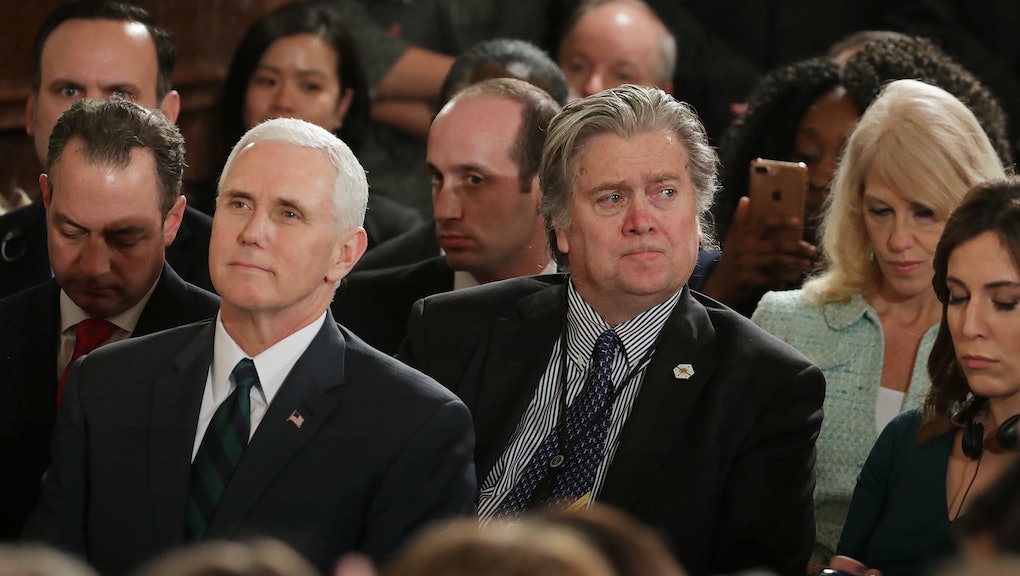 The White House on Friday released its annual report on the salaries of every member working in the executive office of the president, with 22 staffers making the maximum $179,700 annual salary.

Former President Barack Obama had 16 staffers pulling the maximum salary in his final year in office.

The White House is required release the salary list annually in a report to Congress.

Three of the employees listed receive a $0 salary, including first daughter Ivanka Trump and her husband, Jared Kushner. The third is assistant to the president for intergovernmental and technology initiatives Reed Cordish, a close friend of Ivanka Trump and Kushner whose net worth the New York Times has estimated at somewhere between $197 million and $424 million.

(Mark S. House, a senior policy adviser, is the highest-paid on the list at $187,100. However House is a “detailee,” meaning he is not an official White House staffer and is merely on assignment at the White House while the department for which he works continues to pay his salary.)

Thomas Bossert, who serves as one of Trump’s homeland security advisers

Kellyanne Conway, a senior counselor to Trump who’s often dispatched to defend his actions on television

Joseph Kellogg, chief of staff for the National Security Council

Omarosa Manigault, director of communications for the Office of Public Liaison

Marc Short, director of the office of legislative affairs

George Sifakis, director of the Office of Public Liaison