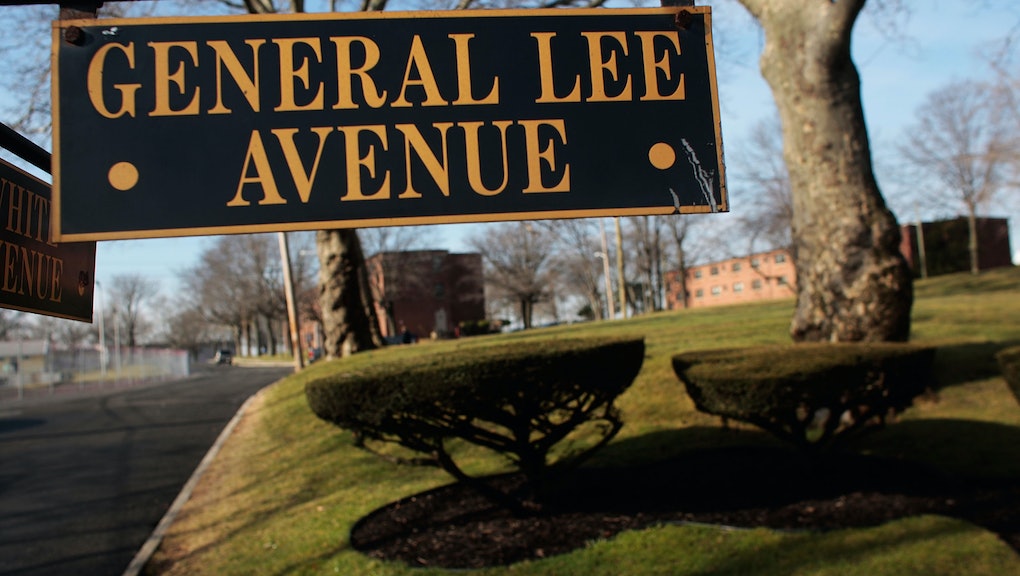 Four members of Congress from New York have signed a letter asking for two roads in New York City to lose their Confederate names, the Associated Press reported.

Stonewall Jackson and Robert E. Lee were two of the Confederacy’s most senior military commanders — and both were slaveowners. Though both generals spent some time on active duty at the installation, they are almost entirely known for the staunch resistance they staged against Union forces during the American Civil War.

“To honor these men who believed in the ideology of white supremacy and fought to maintain the institution of slavery constitutes a grievous insult to the many thousands of people in Brooklyn who are descendants of the slaves held in bondage,” the lawmakers wrote.

Major General Malcolm Frost, a military spokesman, stressed in a statement to the AP the names were not meant to honor Confederates and argued the roads were named in a post-Civil War tradition of rapprochement.

“Every Army installation is named for a soldier who holds a place in our military history,” Frost said. “Accordingly, these historic names represent individuals, not causes or ideologies. It should be noted that the naming occurred in the spirit of reconciliation, not division.”

The Confederacy intended its symbols to embody the Southern states’ ideology of white supremacy and black subjugation. Public expressions of Confederate sympathy have become one of the most heated debates across the country in recent years, particularly after white supremacist Dylann Roof massacred nine black church members at Charleston, South Carolina’s Emanuel AME Church in 2015. Since then, Confederate flags and monuments have been purged from public spaces from South Carolina to Louisiana.