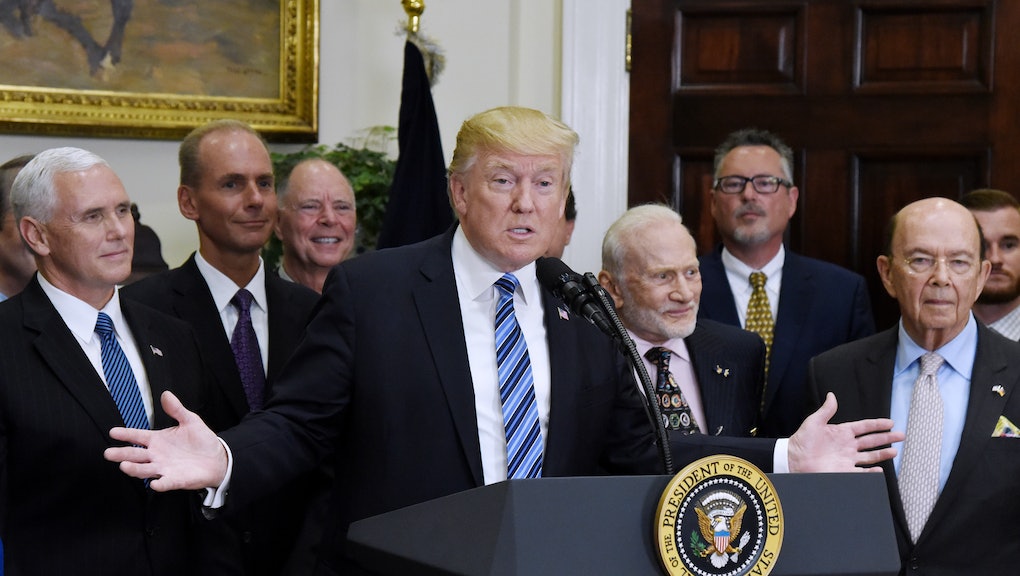 The division is one of four within OSTP, and it had nine staffers charged with high-level science policy decisions under Obama. According to CBS News, it’s not clear if President Donald Trump plans on replacing any of the staffers or if their work will be delegated to other OSTP employees and/or discontinued. However, an anonymous White House official told the network, “All of the work that we have been doing is still being done.”

Trump has struck a noticeably hostile tone with much of the scientific community and usually seems little interested in learning more about its work. In addition to promoting intellectually questionable criticisms of the near-universal scientific consensus on climate change and proposing double-digit cuts to many of the nation’s top scientific agencies, the president has seemed to hold a confused understanding of basic concepts like what exactly outer space is.

The president’s budget proposals would slash infectious disease research, environmental health programs and research grants for a wide variety of sciences by billions of dollars, the Verge reported. Also affected would be agencies which study climate change, like the National Oceanic and Atmospheric Administration, and regulators like the Environmental Protection Agency, which is poised for potentially devastating budget and staff cuts under the management of Trump appointee Scott Pruitt.

Even when the administration is able to fill important science jobs, the selections are often curious. The Department of Energy, a nuclear regulatory agency, is now run by former Texas Gov. Rick Perry, who has no scientific qualifications. Earlier this year, the White House picked conservative radio host Sam Clovis to serve as the USDA’s chief scientist.