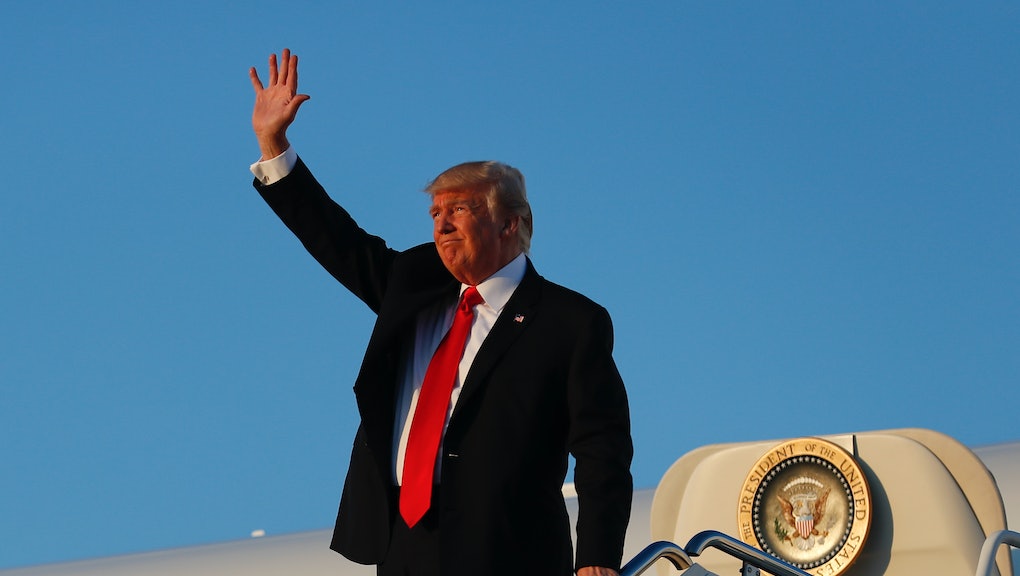 Trump's CNN GIF has a racist history on Reddit

Before it made it to President Donald Trump’s Twitter account, a version of the now-infamous video of the leader beating a man with the CNN logo transplanted over his face wound its way through Reddit.

A slightly different edit of the GIF was posted to Reddit’s /r/The_Donald board just a few days ago by user HanAssholeSolo, where it quickly accrued nearly 9,000 upvotes as of Sunday afternoon.

HanAssholeSolo’s recent post history is riddled with musings on the supposed racial inclination of black people to crime, tips on how to kill large numbers of innocent Muslims and denunciations of multiculturalism.

“Tell that to the FBI crime database... and to Chicago, and to Detroit, and to Baltimore, Memphis, Philly and every other major city with a large black population,” HanAssholeSolo responded to a user who listed reasons black crime is exaggerated. “I’m sure all those murders, robberies, assaults and rapes are just ‘fabricated.’”

HanAssholeSolo also posted they would like to see Jewish billionaire George Soros’ “dead bloated corpse being dragged through the streets,” “FUCK ISLAM,” and joked he had a “Nigger Alarm” at his house. At one point, they posted an image of a modern battle tank to the right-wing #ImGoingToHellForThis subreddit with the caption, “Driving a van through a group of Muslims/ You’re doing it wrong.” At another, they posted an image saying Islam is analogous to rape, pedophilia, slavery and torture.

HanAssholeSolo has been extremely active in the less than two years since the account was created. The user accrued nearly 266,000 post karma, or upvotes on his submissions, and an additional 67,000-plus comment karma — something that could not easily be missed by anyone familiar enough with Reddit to source it for GIFs.

The incident is reminiscent of a 2016 affair in which Trump posted a blatantly anti-Semitic image showing Democratic nominee Hillary Clinton next to a Star of David labeled “Most Corrupt Candidate Ever!” Mic found the image circulated on white supremacist forums before it made it to Trump’s Twitter account. The year before, in 2015, Trump posted an image with falsified statistics on black-on-black crime that appeared to be created by a neo-Nazi.