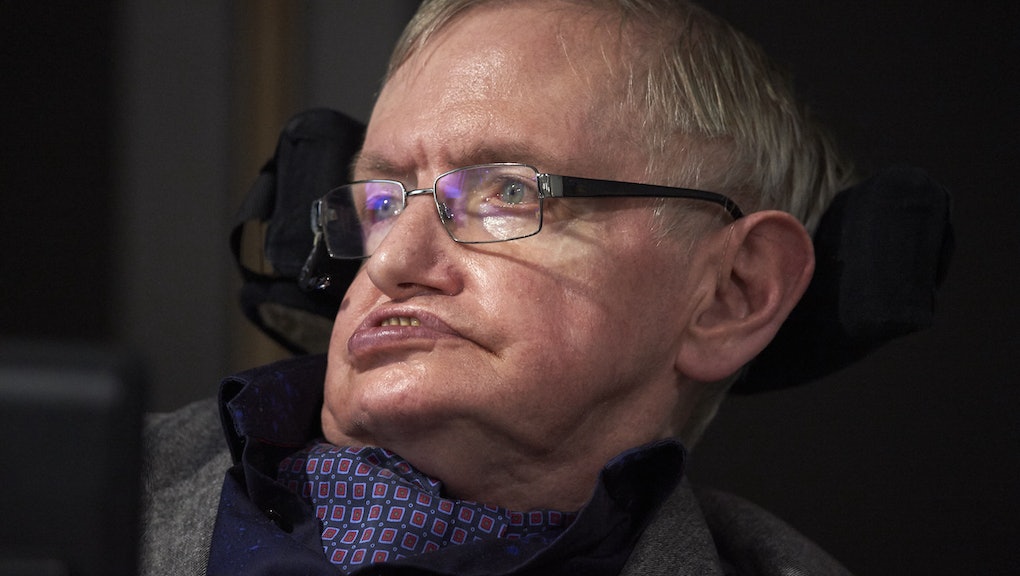 Stephen Hawking has some bad news for the Earth — we may be reaching damage beyond repair.

In an interview with BBC on Sunday, the famed theoretical physicist said he believes President Donald Trump’s decision to pull out of the Paris Climate Agreement could lead to permanent, irreversible destruction for the planet.

“Climate change is one of the great dangers we face, and it’s one we can prevent if we act now,” Hawking said. “By denying the evidence for climate change, and pulling out of the Paris Climate Agreement, Donald Trump will cause avoidable environmental damage to our beautiful planet, endangering the natural world, for us and our children.”

Nearly 200 countries have agreed to the Paris Climate Deal, in an effort to reduce greenhouse gas emissions worldwide. Trump announced his decision to withdraw from the agreement in June, sparking criticism from many scientists and lawmakers.

Hawking said Trump’s lack of action regarding climate change could turn Earth into a hothouse planet similar to Venus, “with a temperature of 250 degrees, and raining sulphuric acid.”

To escape this destruction, Hawking has long touted the idea of fleeing the Earth and exploring other potential places to live in space. In June, he suggested establishing colonies on Mars and the moon.

“Spreading out may be the only thing that saves us from ourselves,” Hawking said at the Starmus Festival in June. “I am convinced that humans need to leave Earth.”