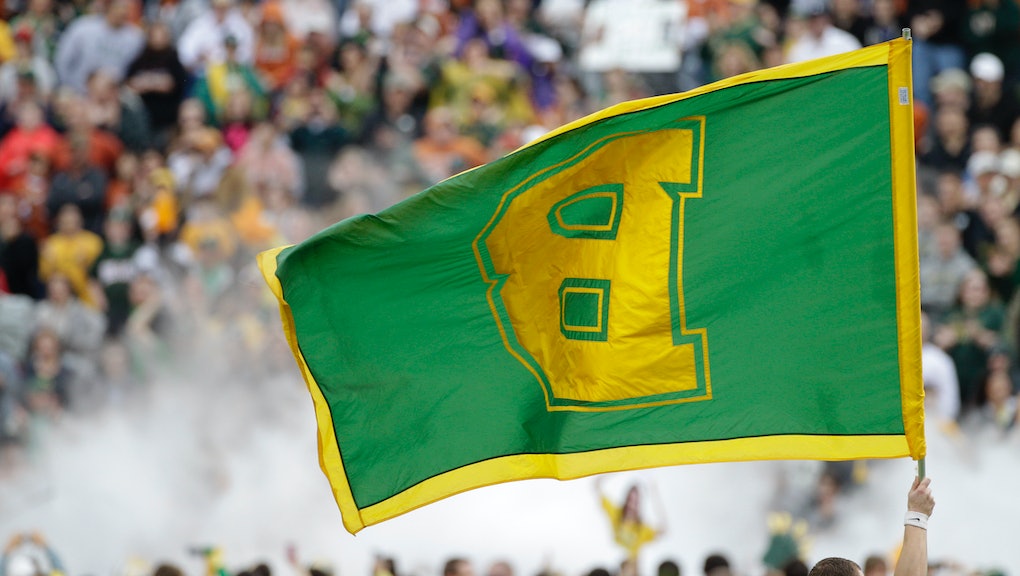 A number of women who’ve attended Baylor University — a Baptist school in Waco, Texas — have alleged that administrators leveraged alcohol use and the specter of “premarital sex” to silence reports of sexual assault. Excerpts of emails from former Baylor regent Neal “Buddy” Jones sent to his colleagues offer some damning evidence in support of that assertion, Jones having once described women suspected of drinking at a 2009 party as “perverted little tarts,” according to the Waco Tribune.

The emails were attached to a joint legal filing by 10 women who say they were sexually assaulted at Baylor, and that the university — rather than going after the alleged perpetrators — used its “alcohol policy as a pretext to shame, silence and threaten to expel a female student,” the Tribune reported. Baylor policy unilaterally bans student drinking, regardless of age.

As such, Jones was incensed to see students allegedly drinking in photos from a party he linked to the school’s Greek life, and forwarded them to Tommye Lou Davis, currently Baylor’s vice president for constituent engagement and, at the time, faculty adviser to the group in question. Describing those depicted as “very bad apples,” Jones railed against their “insidious and inbred” behavior.

“I am just sick,” he wrote, according to the Waco Tribune. “Those perverted little tarts had better be thanking their lucky stars that my guns are all aimed at a worse group of insidious scoundrels than themselves for the time being.”

When Davis countered that the students were all of legal drinking age and that they were gathered for an engagement party, not a fraternity or sorority event, Jones reportedly maligned her as “such an apologist for the vilest and most despicable of girls.”

The Waco Tribune reported that the filing does not clarify whether or not the women in the lawsuit were among those Jones painted as drunken jezebels in his emails, but the legal filing posits that his words represent “direct evidence of discrimination by the highest of Baylor officials against a female student,” and of those same officials “using off-campus lawful use of alcohol as a pretext to trigger code of conduct sanctions, and a Baylor nexus between alcohol use, sexual promiscuity and low character.”

Baylor has recently come under fire for failing to police sexual assault on its campus: In June 2016, the school cited “serious shortcomings in the response to reports of sexual violence by some student-athletes” in firing its football coach, Art Briles, who allegedly helped players cover up assault accusations. It simultaneously demoted its then-president Kenneth Starr, who became university chancellor.

Shortly thereafter, an investigation by the Pepper Hamilton law firm found that Baylor seemed to silence campus rape reports by threatening alleged victims with punishment for having broken the school’s no-alcohol policy and shaming them for having had sex before marriage, even if that sex was nonconsensual.

“I was told by many Baylor staff that they couldn’t do anything for me because my assault was off campus, yet they had no problem punishing me for my off-campus drinking,” one woman who said she was raped at Baylor told the Associated Press. The school did not look into her report — a clear violation of Title IX, which provides a national legal framework that obligates all colleges and universities that receive federal funding to investigate sexual misconduct allegations — but instead gave her 25 hours of community service for drinking.

Baylor declined to comment on the filing, but apparently, this isn’t the first time Jones has been embroiled in controversy: A lawsuit filed in early January alleges he “pulled puppet strings on members of that board of regents” even after he left it in 2013, attempting to guide their hands in navigating the school’s manifold sexual assault scandals.