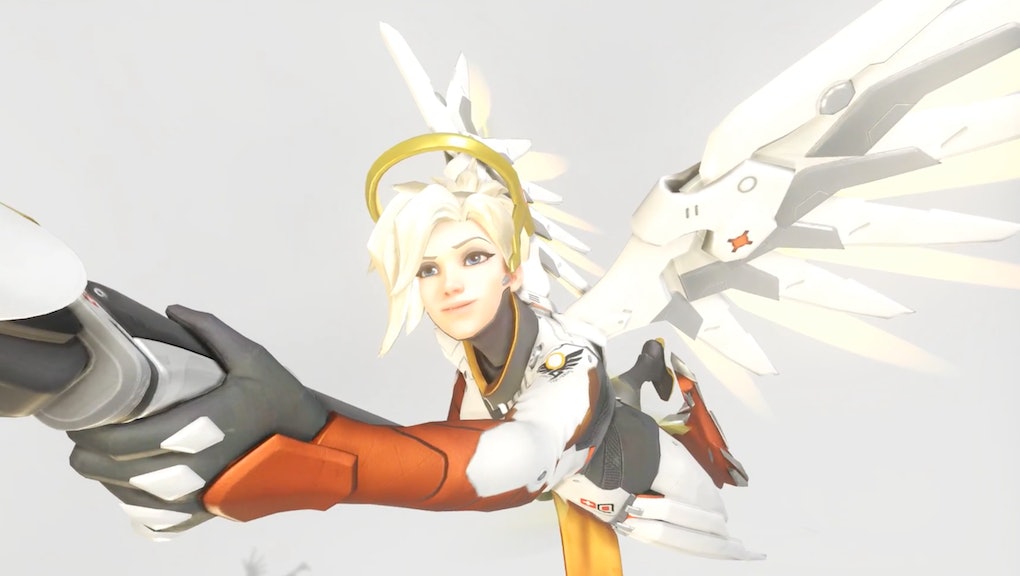 Kat, a grandmaster-ranked Overwatch player, was on the receiving end of some toxic behavior from a teammate, but karma swiftly came to the rescue. In just a few hours, her little-known Twitch channel became inundated with thousands of new followers, bringing Kat to tears — and the whole thing was caught on video.

Normally, when an Overwatch player gets harassed by a run-of-the-mill jerk online, they do so with very little consequence. In this case, however, the harasser, TaintedDucky, had the unfortunate luck of acting out in the middle of a Twitch livestream broadcast by TimTheTatMan, an Overwatch player with over one million followers, and Lassiz, who has 180,000 followers.

TaintedDucky didn’t suffer too many consequences himself, but unintentionally gave a massive boost to the social following of Kat, the person he was targeting.

“I was talking in a completely normal game and streaming with my small, small, stream, and I was just having a lot of fun and then [TaintedDucky] started flaming me out of nowhere, being completely toxic for no good reason,” Kat told Mic via Skype.

Tim was on Kat’s team, too, and spent the majority of the match talking with his followers about how to handle this guy’s accusations that Kat and another player were “boosted” — a derogatory term that essentially means someone didn’t earn their rank fair and square.

“RIP now we have two boosted players,” TaintedDucky typed into team chat at the start of the match. He followed up his initial jab with a single, somber frown emoticon.

The opposing team won all three rounds, and TaintedDucky made no effort to hide his frustration, blaming both Kat and Tim — who were playing Mercy and Lúcio, respectively — for their skills on support characters.

“Ur dead,” he said to Kat after another player killed her. “Again.”

Over the course of the match, it became clear that Tim’s followers were growing fond of Kat’s kind, calm demeanor — once most of the fans’ gross, sexist comments subsided, of course. At some point, it seems as though one of them discovered Kat was broadcasting the match on her Twitch channel, too. At the time, she only had about 20 followers.

“Your spies are on me,” Kat said to Tim as the end-of-match screens popped up. “They’re in my stream right now.”

Eventually, word started spreading through Tim’s chat, and soon thereafter, over a thousand people were watching Kat’s livestream. At this point, Kat and Tim’s match had ended, bringing their brief team-up to a close — but Tim’s followers stuck around, encouraging each other to go to her channel.

The flood of new viewers to her channel was so overwhelming that Kat actually started crying mid-game as her viewer count kept rocketing up. (You can see clips of Kat’s tearful reaction to her new fans here and here.)

“I just started crying, like, what the heck — it was so crazy,” Kat said. “I thought I was dreaming or something. I was just trying to play and I was like, oh god, what just happened.”

Up until that moment, Kat’s following was nearly nonexistent. So to see it explode in such a short amount of time — especially as a result of being on the receiving end of some nasty trash talking — was totally overwhelming.

Tim seemed pleased, but relatively unfazed by the revelation that his followers brought Kat to tears. You can see his strangely chilled-out reaction at around the 17:15 mark in this video.

Most of the time, harassment in Overwatch and other online games goes totally unchallenged, and the harasser is free to carry on with their behavior indefinitely. Unfortunately, it’s unlikely TaintedDucky faced any consequences himself — but at least some good came out of it, too.

Either way, Kat said she’s no stranger to that kind of behavior and doesn’t let it affect her all that much.

“I’ve started to get better at just ignoring it at this point,” she said. “It’s not worth my time.”

Having a brand-new following of 6,000 fans doesn’t hurt, either.