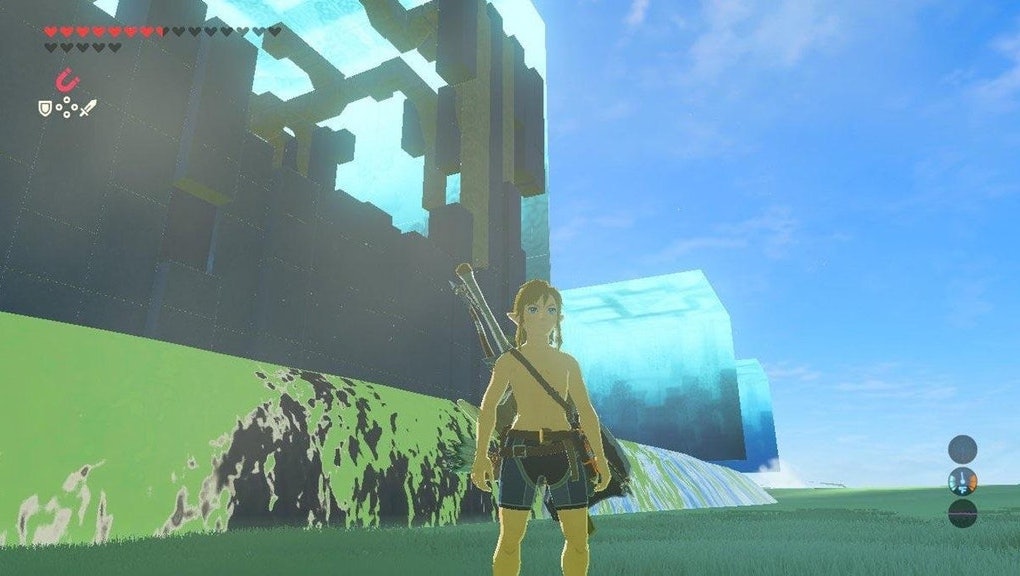 'Zelda: Breath of the Wild' DLC Glitch: Players escapes the Trials of Sword to find a hidden area

Now that players have had a few days to poke at the “Master Trials” downloadable content for The Legend of Zelda: Breath of the Wild, we’re starting to see some cracks in the DLC’s facade. After all, people are going to find ways to break a game no matter how much polishing it goes through.

Zelda: Breath of the Wild DLC: Player glitches out of Trial of the Sword, finds cool hidden area

This comes from Kotaku, which found a Reddit post detailing user sharkystheshotty’s journey outside the bounds of the indoor Trial of the Sword environments into an unfinished, hidden area. Like most unfinished areas that lie just beyond the boundaries of any game’s code, it’s a bizarre assemblage of assets in a setting that doesn’t make a lot of sense, probably because players were never supposed to see it.

It almost looks like a testing area for the Trial or something Nintendo just never removed. It happens. There isn’t much more to say about this, other than it’s really cool anytime players find hidden gems like this in games. Head on over to Reddit to see the full post with more images.