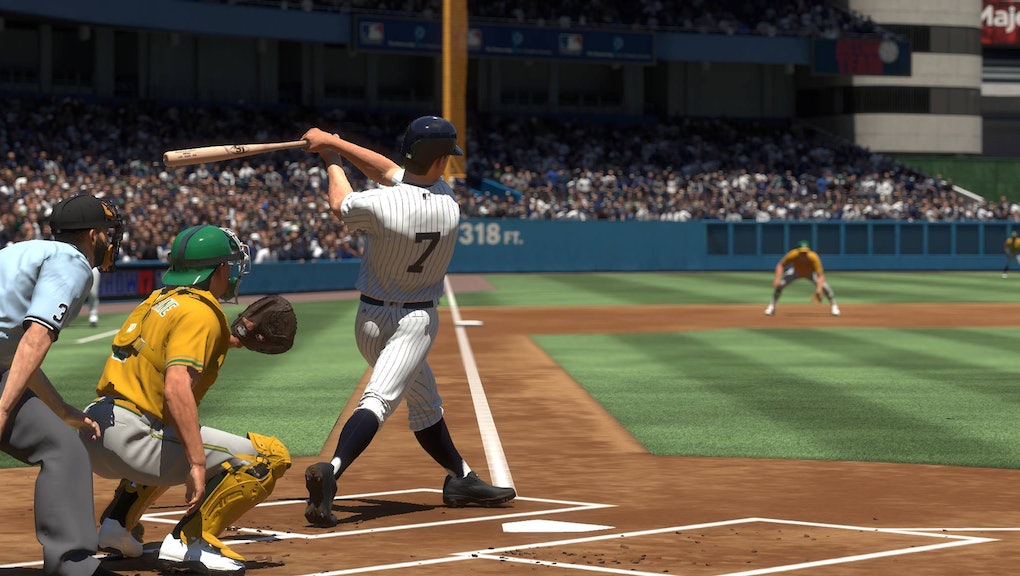 We see a good number of classic alternate rosters for NBA 2K, but there’s an even more impressive list of fan-made custom rosters available for download for MLB The Show 17. If you’re into legends, you’ll want to download the roster created by SC73Ray.

In all the years The Show has had a roster share feature, this set of legends may be the best.

The collection of stars are based on the Wins Above Replacement (WAR) statistic. SC73Ray has compiled the 25 players with the highest WAR for each organization and placed them on the associated team.

For example, the New York Yankees team has Mariano Rivera, Babe Ruth, Mickey Mantle, Derek Jeter, Lou Gehrig and others, as below.

As below, the Chicago Cubs have Pete aka Grover Cleveland Alexander, Fergie Jenkins, Mordecai “Three-Finger” Brown, Sammy Sosa, Kris Bryant and others.

Scrolling through all the teams is a treat for anyone who has a passion for baseball history. Most of the ratings are plausible as well.

If you’re wondering about the best of the current crop of players who don’t qualify for the 25-man roster, they’re still with their respective organizations, but in the minor leagues.

If you’re thinking of starting a franchise mode with this roster, that’s good to know, as it will create an entirely different experience.

The MLB teams were enough to make this roster great, but when we saw the players that were included in the Legends section, this thing went from great to outstanding.

Thirty-six of the greatest Negro League players have been created and are available for use in the game with this roster.

Players who never got an opportunity to play in the major leagues like Josh Gibson, James “Cool Papa” Bell, Biz Mackey and others are included. It’s clear this roster was created by a baseball historian.

From the main menu, use the R1 button to scroll over and highlight Community.

Select Vaults and scroll down to select Roster Vault.

Then, select Browse Rosters and wait for the user-created sets to appear. Once they load, you’ll see the list is pretty long.

You can make it easier for yourself by pressing triangle to bring up the filter options. Select Historic and apply the filter. You’ll see all of the rosters that have been created by The Show community and tagged Historic.

If you scroll over to the Owner column and press triangle, you can sort by creator. Once the list is in alphabetical order, it’s easy to find SC73Ray.

The name of the roster is: “All Time War 25 Man.” Once you find it, select it and scroll down to Download.

Save it on your hard drive. Once you’ve done that, you’ll still need to load it for exhibition, HR Derby or franchise play.

This is the kind of crowdsourced content that adds months of longevity to a sports video game.