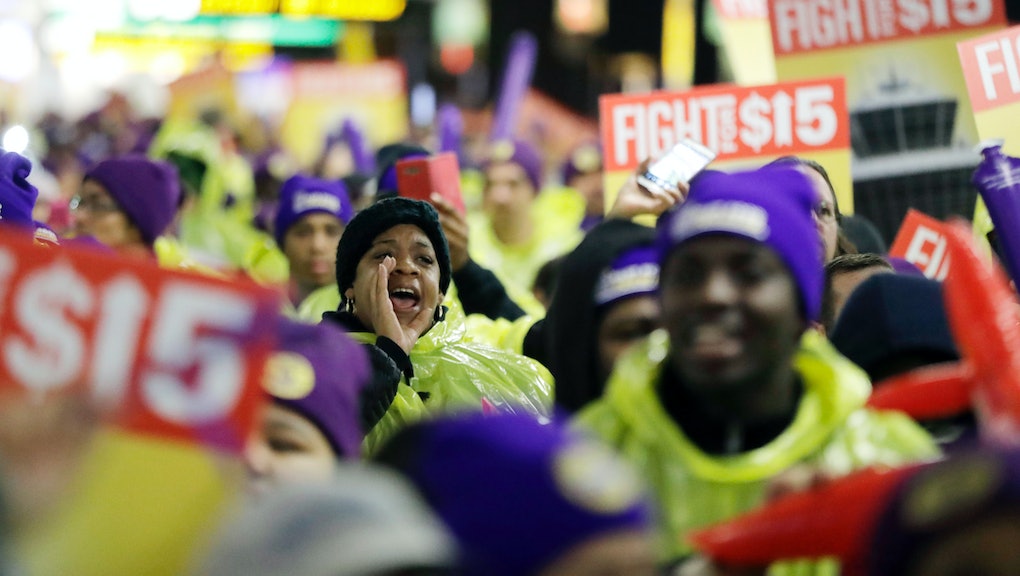 Missouri Republicans just slashed the minimum wage from $10 to $7.70

The minimum wage in some areas of Missouri could see a major cut following Republican lawmakers’ passing of a bill forbidding local lawmakers from raising the minimum wage in their cities higher than the state-approved $7.70, HuffPost reported Monday.

The so-called “preemption law” came after St. Louis raised the minimum wage to $10 — a number that was slated to increase to $11 starting in January, according to the St. Louis PostDistpatch.

“Despite what you hear from liberals, [the wage increase] will take money out of people’s pockets,” Greitens told the St. Louis Post Dispatch.

“The move shows the utmost contempt for working people in [Greitens’] own state,” Fight For 15, an advocacy group seeking to raise the minimum wage to $15, tweeted Monday.