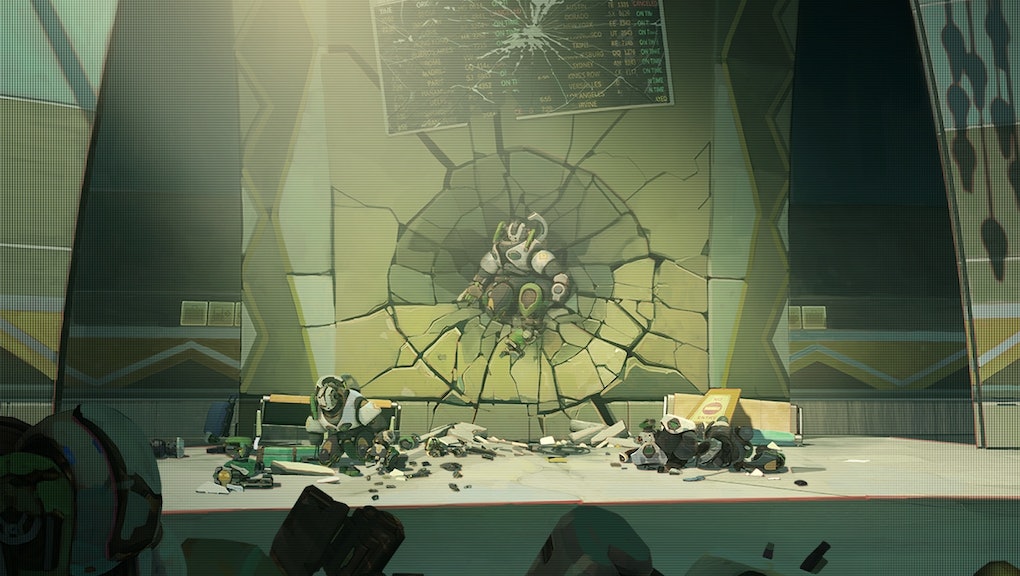 Blizzard just published a brand-new Overwatch blog post on its website that reveals some information about Doomfist — including his real name, Akande Ogundimu.

Like most reveals about in-game Overwatch lore, this blog post is written to look as though it’s a news article published by an in-game news service. In this case, it’s an article about the attack on the Numbani airport that led to Efi Oladele creating Orisa, the hero added to the game most recently.

“After recent events in Numbani, it can now be confirmed that what occurred was an attack by the Talon organization with the express purpose of freeing one man: Akande Ogundimu, better known as Doomfist,” the article explained.

In case you’re not up to date on your Overwatch lore, Talon is the terrorist organization associated with Widowmaker, Reaper and Sombra. They’re the ones who attempted to assassinate Katya Volskaya in Sombra’s animated short, “Infiltration.”

So, with friends like them, it’s probably pretty safe to assume this Doomfist fellow isn’t the nicest guy on the block.

It’s likely that Blizzard will continue doling out these little bits of lore until it’s ready to reveal Doomfist in-game, as has been the case with all hero reveals up until this point. We’ll keep you updated as more information becomes available — including whether anything comes of the Terry Crews hype.