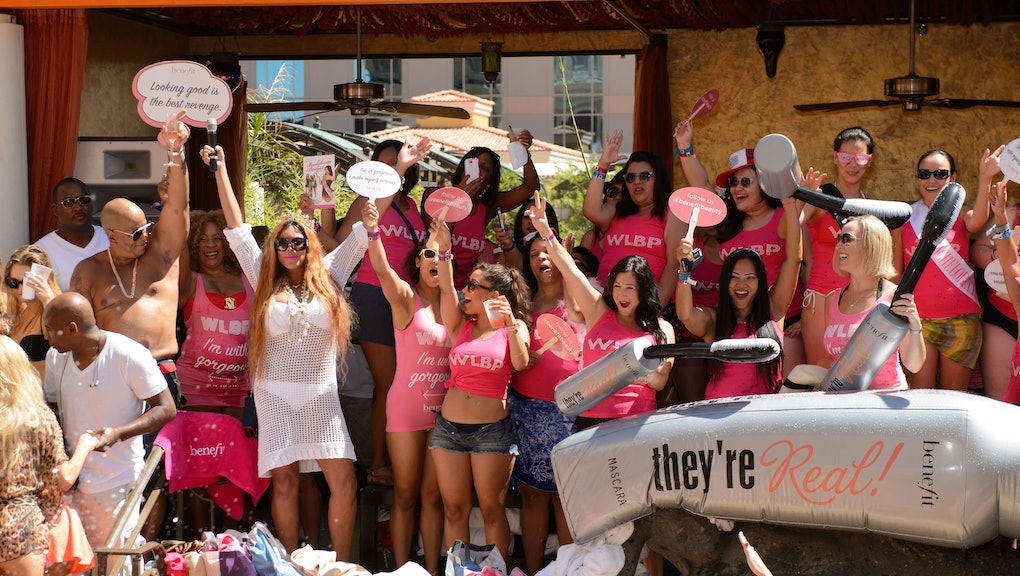 This beauty brand is under fire for an ad instructing women to “skip class, not concealer”

In addition to cheeky product names and retro packaging, the beauty brand Benefit Cosmetics is also known for a few rather odd controversies. In 2015, the brand’s U.K. Twitter account went on a body-shaming tangent. And in early 2017, an in-store display enraged fans when a picture of a woman’s makeup-free eye was labeled “yuck” while a picture of an eye with heavy winged eyeliner was labeled “wow!”

Last week brought yet another controversy for the brand, when a few U.K. customers noticed an upsetting in-store display at a high-end department store. Advertising Benefit’s Boi-ing concealer, the display read: “Skip class, not concealer.”

And to many women online, this was like saying: Your looks matter more than your education. “Let me get this straight as long you’re pretty, you don’t need an education?” one Twitter user wrote.

Another: “Cause we need to teach girls that looks are far more important than an education. Thanks Benefit.”

As the pictures of the ad continued to swirl around the internet, more women weighed in too, noting that it was “irresponsible” and “damaging.”

Finally after days of criticism, Benefit’s U.K. Twitter account responded to one of the women who first called out the ad, and apologized. “Thank you for your feedback. Please know that we value all levels of education; we apologize for any communication that did not reflect this,” the company wrote.

“We are currently taking your comments into future design considerations.”

And according to Huffington Post U.K., the department store where this display was spotted, Debenhams, promised to remove the ad completely from its stores.

Still though, in a time when feminism feels more and more pressing, the idea that a makeup company would even think this was a decent idea is troubling.

Mic has reached out to Benefit for further comment.