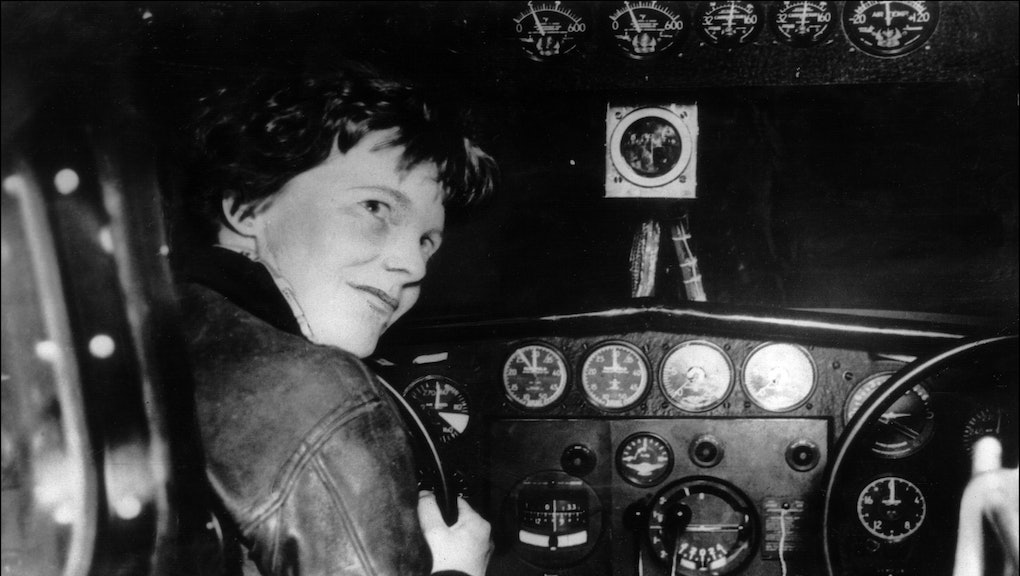 The circumstances surrounding famed pilot Amelia Earhart’s 1937 disappearance have remained a mystery for the past 80 years, but a recently discovered photo may offer some answers.

The photo — found in a previously classified National Archives file — suggests Earhart may have survived the crash landing that many assume killed her.

The picture appears to show Earhart and her navigator, Fred Noonan, on a dock at Jatuit Atoll in the Marshall Islands. According to former FBI executive assistant director Shawn Henry — who investigates the photo in a History channel special on Sunday — this newly unearthed evidence suggests the pair was captured by the Japanese after successfully rolling out an emergency landing in the Marshall Islands.

Henry told People that the photo proves “beyond a reasonable doubt” that Earhart and Noonan were then held captive on the Japanese island of Saipan, where he said he thinks Earhart died two years later.

In the photo, a woman with a white shirt and short dark hair, who investigators assume to be Earhart, sits on the dock with her head turned to the right. The man presumed to be Noonan stands on the leftmost side of the dock.

While the faces in the photo are largely indistinguishable, facial recognition expert Kent Gibson told People that the person in the picture features the “same prominent, athletic shoulders” and “short, bobbed hair” as Earhart. Additionally, he told NBC News that the receding hairline and “prominent” nose shape of the man standing to Earhart’s left are two of Noonan’s distinctive characteristics.

With this in mind, Gibson told People it’s “likely” that the two people in the photo are, indeed, Earhart and Noonan.

In addition, the photo shows the Japanese ship Koshu carrying what appears to be a 38-foot-long object — the same length as Earhart’s plane, according to NBC News.

Earhart famously vanished on July 2, 1937, while attempting to become the first woman to successfully circumnavigate the world. Shortly after her disappearance, the U.S. launched a vast sea and air investigation into her whereabouts. However, American vessels were not allowed to search the Marshall Islands, which were governed by Japan at the time.

The idea that the pair of aviators were captured and taken hostage by Japan has been circulating for decades, People reports, but Henry said the new photo makes the theory much more believable.