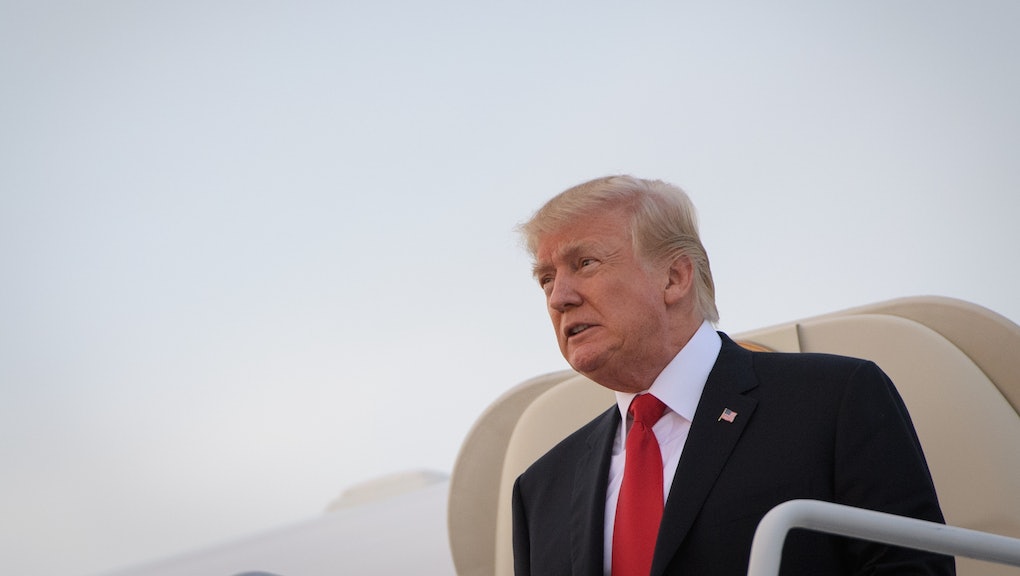 CNN was hit with accusations of blackmail on Wednesday after it declined to identify the Reddit user behind the now-infamous GIF of President Donald Trump body slamming the network’s logo.

After Reddit user “HanAssholeSolo,” who originated the Trump/CNN GIF, was discovered to have posted bigoted and antisemitic content in the past, CNN senior editor and founding member of the KFILE investigative team Andrew Kaczynski took steps to track down the user’s identity, which he outlined in a blog post on the site.

Although “HanAssholeSolo” confirmed to CNN that he was the one who created the GIF and issued an apology for it and the other questionable content, the language of Kaczynski’s post led some to believe that CNN had threatened the man with the possibility of revealing his identity — which he requested be kept private — in the future if he continued to post similar material.

CNN is not publishing “HanA**holeSolo’s” name because he is a private citizen who has issued an extensive statement of apology, showed his remorse by saying he has taken down all his offending posts, and because he said he is not going to repeat this ugly behavior on social media again. In addition, he said his statement could serve as an example to others not to do the same.

CNN reserves the right to publish his identity should any of that change.

The suggestion of revealing the man’s identity prompted the creation of the #CNNBlackmail hashtag, and garnered waves of tweets from angry Trump supporters who threatened to doxx, or posts the addresses of, other journalists at the network.

“A multi-billion dollar TV network blackmailing a private citizen into not making funny videos about it is not journalism, CNN. #CNNBlackmail,” he wrote.

By late Wednesday morning, the president’s son, Donald Trump Jr., had chimed in, prompting a response from Kaczynski himself when he perpetuated the false rumor that “HanAssholeSolo” was only 15 years old.

“Need to point out again HanAssholeSolo is a middle aged man,” Kaczynski tweeted. “People claiming he’s 15 are wrong. Some are intentionally spreading this.”

The younger Trump also tweeted out a link to an article from conservative site The Gateway Pundit, which cited speculative tweets from Assange that pointed to CNN potentially running afoul of New York’s criminal code.

Kaczynski, for his part, maintained on Twitter that the language of the post had been misinterpreted, and said that CNN had made no promise to the individual about keeping his identity private but opted to do so anyway as a courtesy.

He also wrote that the individual behind the “HanAssholeSolo” handle had personally told him that he agreed with CNN’s handling of the situation.

“FYI ‘HanAssholeSolo’ just called me. ‘I am in total agreement with your statement. I was not threatened in anyway,’” he wrote.

In a statement issued Wednesday, CNN said that it had opted not to publish the Reddit user’s name out of concern for the man’s safety, and that there had been no deal to keep his identity private. Publishing a note about the decision to withhold the identity, the network said, had been intended as an act of transparency.