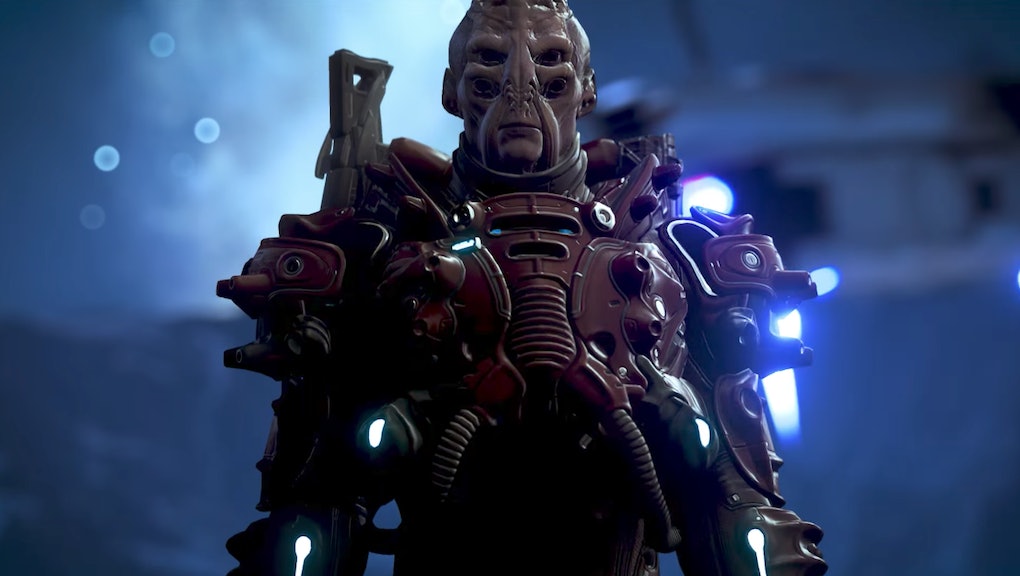 If you’ve played the original Mass Effect trilogy, an alien race you’ll recognize is about to make its debut in Andromeda: the Batarians.

Usually, a multiplayer update wouldn’t be huge news, but this race showing up in Andromeda has fascinating, puzzling implications for the game as a whole — because, well, how the heck did a race from the Milky Way suddenly hop galaxies?

Of course, the team at BioWare certainly has some kind of in-game lore reason for how the Batarians got here — that lost Quarian ark seems likely — but the fact that this huge story development seems to be coming in the form of multiplayer downloadable content is troubling, to say the least.

Mostly because the current scuttlebutt is that all plans for single-player DLC for Mass Effect: Andromeda have been scrapped, according to Kotaku. Whether that’s true remains to be seen, but the fact that the first appearance of a new race is coming in multiplayer DLC certainly doesn’t bode well for those hoping for more single-player content.

In fact, Mass Effect: Andromeda producer Fernando Melo confirmed that Batarians will only be appearing in multiplayer. Yikes.

It’s not clear exactly when this new update will be available, but when BioWare releases more details, we’ll let you know.