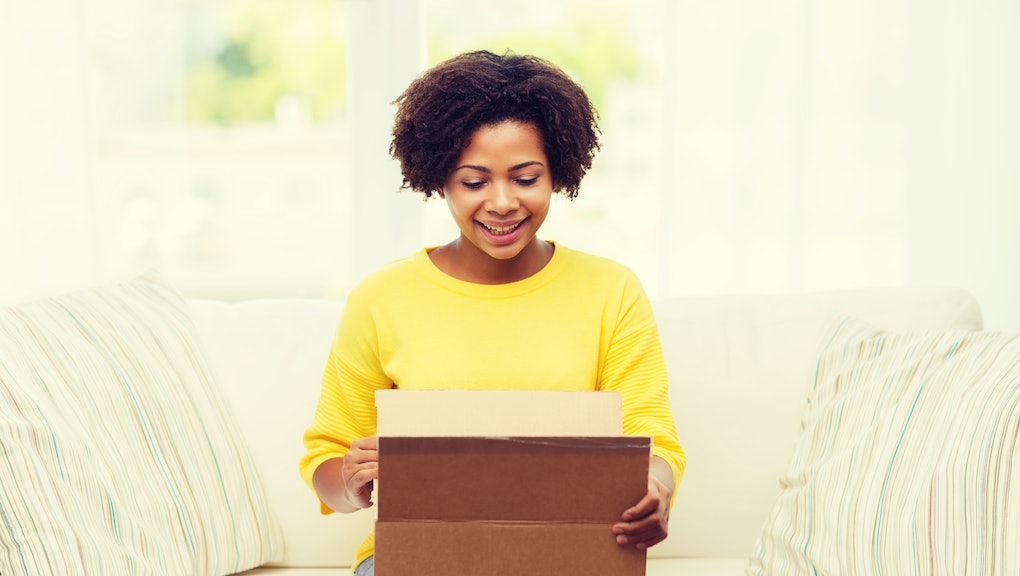 10 clever gadgets that will save you money and time

Many of the products you buy — like your car or your dry-clean only work clothes — keep costing you to maintain, long after the initial purchase. But other items actually pay for themselves by saving you money in the long run.

There are plenty of low-tech examples of this. Like you may not like to waste money on Ziploc bags, but the price you’ll pay could potentially be more than offset by the savings you’ll reap from using them to bring snacks from home instead of buying food on the run — or to keep an open container of sunscreen from leaking into your luggage, rather buying a new bottle at an overpriced hotel “convenience” store.

But you can also get a lot more creative — and high-tech — than Ziplocs. Here are 10 guilt-free purchases you can make that will save you time, money and stress in the long run.

1. A slicer for your pineapple (or other fruits)

Buying pre-sliced fruits and veggies in the supermarket is expensive. Just how costly is this convenience? You’d pay $4.28 per pound for cut-up pineapple versus $2.75 per pound for whole pineapple, or $11.67 per pound for ready-to-eat kale versus just $2.80 for kale not yet washed and trimmed.

You don’t have to pay a major premium just to get cut-up food, and you don’t have to spend your days chopping fruits and veggies for your meals. Just pick up convenient gadgets that make cutting your own produce easy. With a $9.99 pineapple slicer, for example, you’ll save around $3 per month if you eat two one-pound pineapples monthly. You’ll have paid for the tool after three months and you can use the pineapple shell as a serving dish for baked pineapple rice — or a groovy cocktail.

A salad cutter bowl, which costs about $11, offers the same convenience for salad eaters. A head of lettuce and uncut veggies will be a lot cheaper than prepared salads and you can cut everything up in seconds.

2. A luggage scale or armrest splitter

Overweight luggage fees are obscenely expensive. American Airlines charges $100 to $200 for overweight baggage on domestic flights, while United Airlines charges up to $400 per piece depending upon the destination and weight. Many other airlines have comparable pricing.

An $8 luggage scale will more than pay for itself many times over if you can save even a single overweight baggage fee during your lifetime.

Too broke for a first-class plane ticket — but hate fighting over armrests in coach? Another great gadget for frequent travelers to make economy air travel suck less is a portable armrest divider that costs $25, and turns one armrest into two, ending the battles with the passenger sitting next to you.

Americans use around 167 water bottles each year. While switching from a name-brand bottled water to generic could save $45 annually and let you buy your water for about $0.14 per bottle, you could save even more money by just giving up bottled water entirely.

Even at $0.14, if you buy 167 bottles of water each year, you’d spend $25 per year just on water. Pick up an $8 filtration water bottle that can replace 300 bottles on one filter. You can use it for around two years before buying an inexpensive replacement filter, for a total savings of around $42 in just those first two years of ownership.

4. A power strip that cuts down energy bills

You probably have a lot of electronics plugged in at your pad, from lamps to TVs to home office equipment to a bunch of kitchen appliances. The problem? Even when they are switched off, gadgets use standby power, which is a huge waste of your money and is bad for the planet. In fact, this energy waste costs households around $100 annually and accounts for 5% to 10% of residential energy use, according to Energy.gov.

A $30 smart power strip can solve your standby power problem by automatically turning off power when not in use. The power strips sense when the power has been turned off to a “master” outlet, like the one a desktop computer or TV is plugged into. It then shuts off the power to peripheral devices so you aren’t wasting energy. If you can eliminate your standby power use, you could potentially save $70 the first year and $100 each year after.

Specifically energy saving outlets with timers — which can be had for about half the price of a smart power strip — can also work well to help you make sure items turn off when you’re done with them.

Set the power to turn off after six hours for your cell phone charger once your phone is fully charged or to shut off an electric toothbrush after 20 minutes and you won’t waste energy continuing to provide power once it’s no longer needed.

Love strong water pressure in your showers and sinks? A faucet aerator is a cool $5 gadget that can help you to cut down on your water bill without losing pressure. It combines in air, so you retain flow but use far less water.

Since a standard faucet has a flow rate of 2.2 gallons per minute, you’d use around 66 gallons of water each day if you used the faucet for 30 minutes total, according to Poplar. This is about 24,000 gallons annually, which could cost you about $48 per year if you pay $2 per 1,000 gallons of water. If you switch to a faucet aerator that cuts your flow down to 1 gallon per minute, you’d cut your water use by 55% and save $26.40 per year.

You can also consider a smart shower head, like the $99 Hydrao, which lights up in different colors to let you know how much water you’ve used to encourage shorter showers.

“Hydrao fits any standard shower head and doesn’t need batteries. Instead, it has a tiny turbine inside that uses the water flowing through it to generate enough energy to power the lights and the Bluetooth connectivity. Now that’s eco-friendly,” Mashable wrote.

Dimming your lights can set a nice mood in your house and can also save you a lot of cash. If you dim lights by half, you’d reduce the energy use of an incandescent bulb by 40% and save as much as $30 annually on your power bill, according to The Nest.

Pick up a wireless dimmer switch for around $25 and save yourself $5 in the first year and $30 for every year thereafter. You’ll also extend the life of the bulb so you save even more because you don’t have to buy lights as often.

7. Freshness extenders for your food

Half of all produce is discarded annually, and Americans throw out $29 billion worth of food every single year, as Mic has reported. You can do your part to keep food out of the trash — and save money by avoiding waste — by making the food you buy last longer.

A freshness extender helps keep fruits and veggies fresh for longer, and this $9 product can save a family of four up to $600 annually, its product description promises.

Similarly, vacuum sealers save money by avoiding food waste. “My family goes through a lot of boneless, skinless chicken breasts, but at $4.50 per pound or more, it can get pricey,” Heidi McIndoo writes at Living on the Cheap. “That is why I only buy them on sale for $1.99 per pound or less. The catch? To get the deal I have to buy them in the big jumbo packs. I pick up a package or two and vacuum seal and freeze each breast individually. Because we go through an average two pounds a week, that’s a savings of roughly $364 a year.”

Sure, many gadgets today are easily plugged in for recharging. But there are still plenty of exceptions, from remote controls to wireless mice, that require good old-fashioned batteries. That’s why you should consider investing in rechargeable batteries — along with a charger — to save on time and hassle.

Although buying good rechargeable batteries will require an upfront investment, you should recoup that within the first year and can then start enjoying savings for each year thereafter.

“Over the long haul, the rechargeables are clearly a good investment,” according the Simple Dollar. The site analyzed the cost savings of rechargeables and found that startup costs were $148.98 for 36 AA batteries, but that the rechargeables saved them $6.18 in the second year of use and saved them $77.44 for each year thereafter. (Granted, this is for a family that would otherwise go through a lot of batteries — 120 AAs a year.)

Another great way to save energy: Install motion sensors on your lights so you’re not paying to keep rooms bright that you aren’t in any longer.

A motion sensor switch can be purchased for around $19 and, depending upon your energy consumption, could save you between 35% and 75% on energy use, according to the Eco Guide.

You can save 10% on cooling and heating costs by turning back the thermostat for eight hours daily, according to the Department of Energy. A programmable thermostat makes this easy by making the change automatically.

While there are fancy options, a simple $20 programmable thermostat should suffice if you just want to adjust the thermostat while you’re at work.

Even if your thermostat just shuts off the air conditioning for six hours each day, you could save $4 daily, so the thermostat would have paid for itself in less than a week.