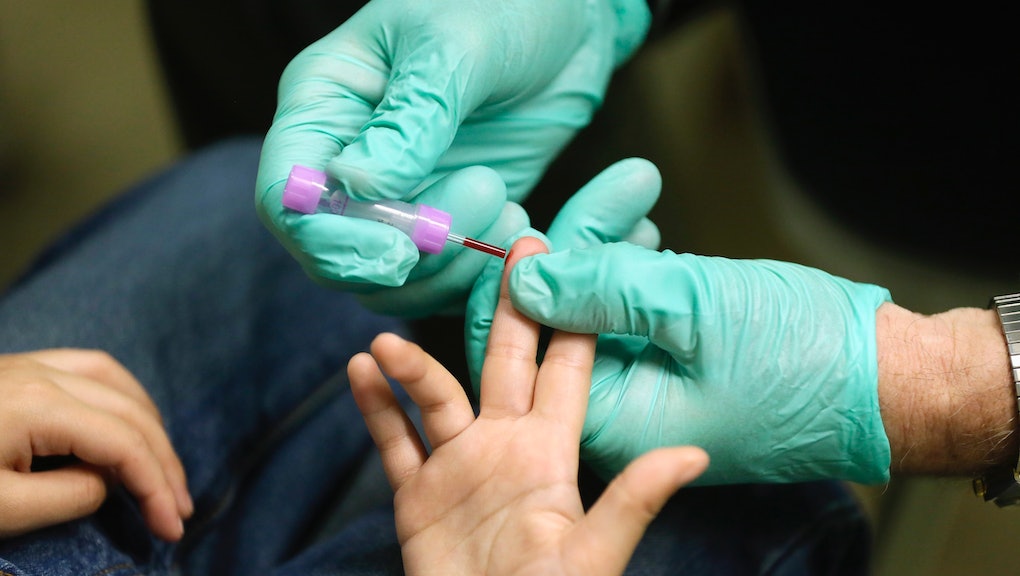 A new gadget could diagnose hospitals’ No. 1 killer

Sepsis has a bad reputation among doctors, and with good cause — it lurks in hospitals, springing a serious infection on patients admitted for other reasons. One in every five people who enters an intensive care unit will contract sepsis, and doctors haven’t nailed down the best way to treat it yet; currently the standard approach is a boatload of antibiotics.

What makes sepsis even more dangerous is that the infection actually moves faster than current diagnostic tests. Doctors keep an eye on vital signs, and if they’re worried someone has sepsis, they start a bacterial culture to see what infections a patient may have.

That takes a couple of days, and for every hour treatment is delayed, a patient’s chances of surviving three days out drops by 7%.

So researchers and doctors have been looking for a better option — and a potentially key piece of that is laid out in a paper published this week in Nature Communications, which describes a test that can identify sepsis infections within a half-hour.

Working with a small blood sample, the device flags white blood cells called neutrophils, particularly those displaying a marker nicknamed CD64, which becomes much more common as a patient’s immune system begins fighting an infection. By pairing this test with someone’s medical history, doctors were able to get a quick read of whether about 450 patients were catching sepsis. Repeating the test over time helped them understand how severe 74 cases were.

They also compared their results with the current best technique for flagging neutrophils, which is more expensive to run than this new device will be and requires bulky technology. The new test, which runs on a single-use cartridge the size of a credit card, matched its results.

“One of the challenges of sepsis is you don’t really know when T-0 is, when the infection began,” Rashid Bashir, an engineer at the University of Illinois at Urbana-Champaign and a co-author on the paper, said in a phone call. By looking at the immune response itself, rather than looking at bacteria the way current diagnostic tests do, doctors can get a much better handle on that start time.

You won’t see the device in hospitals for a while yet — it will take at least three to five years, as the test requires FDA approval. The team, through a company they’ve founded, is also looking to fine tune the device itself. They hope the final product would offer a result in 15 minutes or less and cost about as many dollars.