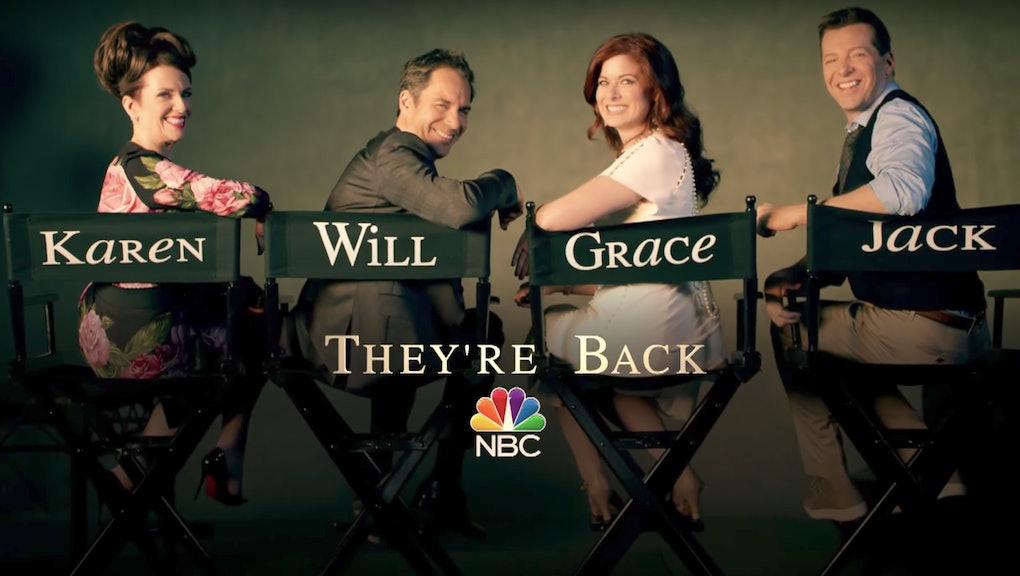 The newest teaser for Will & Grace’s upcoming fall revival features the four principal cast members striking a pose. Look at Eric McCormack and Debra Messing dancing in front of their character names! Watch Sean Hayes and Megan Mullally slap, then kiss, just like their characters Jack McFarland and Karen Walker did! Isn’t this show a delight?

You know what the teaser doesn’t have? An explanation of the revival’s plot or exactly how the show plans on dealing with the original series finale’s time jump that kept Will Truman and Grace Adler estranged well into their 50s. They don’t call it a teaser for nothing, we guess.

There’s no doubt this clip is fun: It’s Will, Grace, Jack and Karen! How could you not be won over by their charms? But it’s also illustrative of one of the reboot’s many problems: It’s being sold on charm and nostalgia, with no real argument as to why, from a plot perspective, we need Will & Grace again.

Say what you will about the time jump — for what it’s worth, I hated it — but it’s canon. Erasing it is going to take some work, and creators Max Mutchnick and David Kohan’s winking acknowledgement of the elephant in the room isn’t enough. This is a question that should have been addressed head-on immediately upon green-lighting a revival, else it raise concerns about the motives behind the reboot.

At some core level, all reboots are about fan service. Viewers get to see their favorite characters come back together again, whether it’s the Bluths on Arrested Development or the Gilmore Girls reuniting after a decade apart. But Arrested Development was canceled early in its run, while Gilmore Girls: A Year in the Life had to cope with the driving plot force that was Richard Gilmore’s death. They may have been fan service, but they were both motivated by something beyond that.

The Will & Grace reboot, as far as we know, has no other reason for existing. The original series went on for eight years, and we still don’t know what plot is so important that it requires radically changing the show’s canon.

So, 40 seconds of characters posing may be appealing, but this teaser is more frustrating than fun. Will & Grace 2.0 needs to prove why it’s worth the audience’s time. Charm won’t sell it much longer.

Will & Grace returns to NBC in the fall.