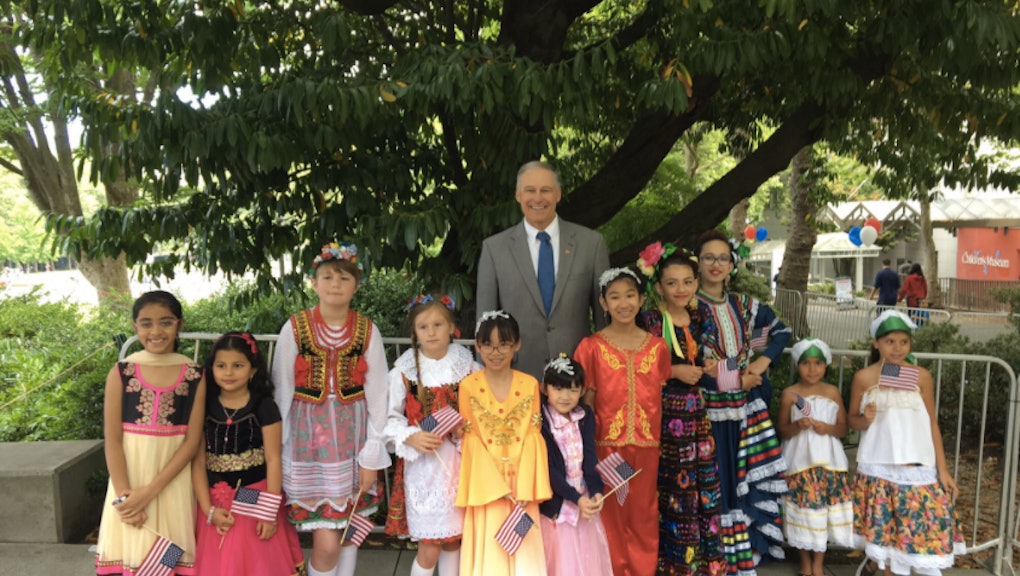 It was a happy Fourth of July for the nearly 15,000 people who became naturalized U.S. citizens in Independence Day ceremonies this year, according to U.S. Citizenship and Immigration Services.

In 2016, the most common countries of origin for naturalized U.S. citizens were Mexico, India, Philippines, China and Cuba.

Here are some photos of the celebrations as the U.S. welcomed its newest Americans on July 4.