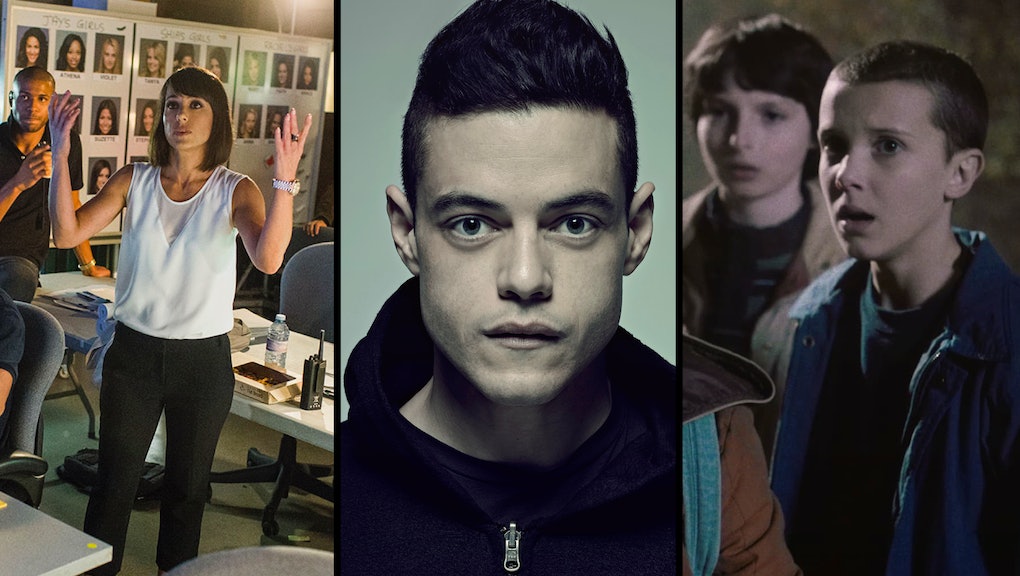 What happened to all the good, new summer TV?

This year, though, summer TV is in a sudden, seemingly inexplicable drought.

There’s been the occasional spark of something interesting; VH1’s The View-esque dramedy Daytime Divas is frothy fun, even if it isn’t quite as good as star Vanessa L. Williams, while the ’80s-set wrestling extravaganza Glow is Netflix’s big new summer play. Aside from those, most of the buzziest summer titles have been new seasons of existing shows (Orange Is the New Black on Netflix, Fear the Walking Dead on AMC). Even one of the summer’s few fresh marquee programs, Snowfall, is a major miss.

What happened to the rise of great summer TV? What was once fertile ground for blockbuster new shows has become a bit of a wasteland. There isn’t one clear explanation why, either. But there are a couple of different factors we think are responsible, including the imminent return of one of the biggest shows on TV.

Vox pointed this out in March, staring down a veritable cornucopia of then-upcoming TV shows: The Emmys have changed the game. As TV gets further away from the traditional 22-episode September-through-May season and deeper into the era of peak TV, networks have more titles than ever and more flexibility on their release dates.

The solution? Release everything as close to the Emmys’ end-of-May eligibility window as possible. Think of how the most prestigious movies tend to come out in the last months of the year: Studios want them to be fresh in the minds of Oscar voters, just as networks want their shows to be fresh in the minds of Emmy voters. There’s little left to air for summer, because so much of it has already aired.

Look at Dear White People, one of the best shows of the year. It has something of a summer vibe to it: It’s sunny, about a college and funny in its satirical observations about race relations, so it keeps viewers binging, but it still takes a grounded look at the reality of being a black person in the United States. Like Stranger Things the year before it, Dear White People could have been a dominant cultural force during the off-season. But that would’ve meant missing the Emmy window.

Why else would Netflix have broken from its Friday release tradition to release their hit political drama House of Cards on a Tuesday — May 30, to be exact, at the end of the Emmy eligibility window?

While plenty of new shows broke out in the past two summers, most of those hits won’t be coming back in time for this summer. Mr. Robot and Stranger Things won’t return until October, while Unreal is postponed until the first half of 2018. So aside from a lack of brand-new shows taking off, we don’t even have previous summer smashes to rely on.

Still, we can’t blame the creators behind these shows for wanting to take a little more time before their next run of episodes. Unreal and Mr. Robot both had critically lauded debut seasons, but they both struggled in their second go-arounds. Maybe some additional breathing room will help them correct what went wrong with those shows. The team for Stranger Things, meanwhile, is trying to avoid its own sophomore slump. (We also can’t begrudge Netflix for holding Stranger Things season two for a Halloween release date — that’s too perfect a fit.)

Simply put: There are fewer signature summer shows airing in 2017 when compared to the last couple of years.

Yes, this is the fire-breathing dragon in the room: Game of Thrones returns Sunday. HBO’s dragons-and-deals drama is still a massive hit, the likes of which TV rarely sees in an era of fragmented audiences and delayed viewing. Not only does it draw millions of eyeballs, but it also dominates the cultural conversation and has won the best drama series Emmy two years running.

For the first time in its run, though, the show is airing in the summer as opposed to its usual spring berth, thanks to the story needing to be shot in winter. This is a massive shift in the TV calendar — and thus likely inspired some schedule swapping. It’s likely no coincidence that this past spring was so busy, considering Game of Thrones wasn’t around.

Similar to how networks used to avoid programming against American Idol, which network executives jokingly called the “Death Star” in its ratings heyday, Game of Thrones is a titan to be avoided. Now that Khaleesi and her dragons have taken up residence in summer, it’s probably wise for any freshman show to wait it out.

Ultimately, all this speaks to summer 2017 just not being the same environment for new shows that summer 2015 was. It’s kind of a bummer for viewers: What was very briefly an exciting time of year on TV has quickly become a bore once again. But there is good news: If you missed any of the great TV in the spring rush, now’s your chance to catch up.