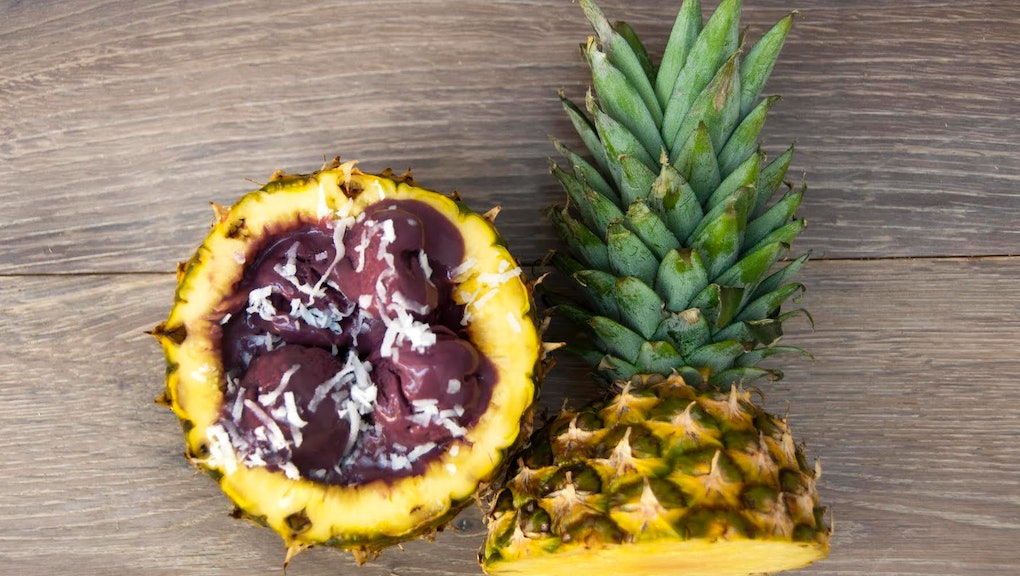 This company wants you to eat ice cream for breakfast

The founders of Snow Monkey want you to revive your childhood dreams and eat ice cream for breakfast — and they say you’ll feel good about it. For 12-year-old you, this is what dreams were once made of (though you’ve probably settled for more sensible alternatives: oatmeal, Greek yogurt).

With a base of bananas and buzzwords like “vegan,” “paleo” and “superfood” listed on the pint, Snow Monkey, a new “superfood ice treat,” initially blends in among the other so-called nice-creams — low-calorie ice cream substitutes —in the freezer aisle.

But there are two factors that separate the product from the pack: Its cleaner ingredient list and its texture. This ice cream is entirely plant-based, and each ingredient serves a nutritional benefit — aside from the maple syrup, which co-founder Rachel Geicke said serves a functional purpose. “We’re not adding maple syrup simply because we want it to taste sweeter,” Geicke said in an interview. The syrup gives the product a texture that no other ice cream alternative has seemed to master, probably because other products are sold using artificial sweeteners to get the calories down. According to co-founder Mariana Ferreira, the sugar in the product decreases the freezing point, meaning the ice cream alternative melts faster.

If you’ve taste tested a few of these lower-calorie, dairy-free grocery offerings, you’ll be familiar with their shared fatal flaw: After you scoop your first serving and place the ice cream back in the freezer, the next time you reach for the pint, it’ll be rock solid. Whether you nuke it or let it thaw on the counter, the “ice cream” never returns to its original ice cream-like texture, due, in part, to its lack of sugar.

Overcoming this seemingly inevitable fate was the founders’ biggest challenge. “We don’t want this to be seen as an icy substitution. We all have lower expectations for [these products] that are icy and gritty, and we’re trying to break that stereotype,” Geicke said. “This experience should be as pleasant as eating regular ice cream is.” Snow Monkey currently comes in two flavors — cacao and goji berry. It’s no cookies and cream, but it definitely tastes like ice cream.

Beyond being an enjoyable eating experience, Geicke and Ferreira said they wanted people to know food could be both nutritious and delicious. “People are dissatisfied with the taste of a lot of frozen alternatives out there,” Geicke said. She has been let down by many of these kinds of products, and while she’s a total “sucker for marketing,” when the ice cream is dry and she’s unsatisfied, she’ll just go out and buy the real thing. This cycle, Geicke said, can play into an “unhealthy relationship with food.”

The first iteration of Snow Monkey was concocted in the co-founders’ college apartment: “We were just two girls who were athletes, we cared about nutrition and loved ice cream and went through all the guilt factors associated with it,” Geicke said. The friends felt it was imperative to create something that would satisfy and not play in to a binge-guilt cycle. It’s part of the reason their product is focused on ingredients rather than calories: “We personally look at where our calories come from rather than counting them. Our early adopters definitely live by the same rule,” Geicke said.

As for marketing the product for breakfast, the cofounders said Snow Monkey can be enjoyed at any time of the day, but they found their first supporters were eating it up in pre-workout smoothies and dishing it out to their kids in the morning. Customers have gotten creative with the ice cream alternative — taking a cue from the trendy acai bowl and topping it with fruit, nuts and seeds.

Should you really eat this ice cream for breakfast?

“It could be part of a balanced breakfast, although [the recommended] 1/2 cup serving isn’t enough — 99 calories is too few for a meal,” Alissa Rumsey, registered dietitian and author of 3 Steps to a Healthier You said in an email. “I’d say do one cup to get 10 grams of protein, and add some nuts on top for more healthy fats and a few extra grams of protein.” Rumsey gave the ingredients a thumbs up, highlighting the healthy fats, plant protein and limited added sugar.

There you have it: If you’ve yet to quash your childlike cravings when it comes to breakfast, a serving or two of Snow Monkey will appease two conflicting desires: The desire to eat like a responsible adult and the desire to eat ice cream for breakfast.