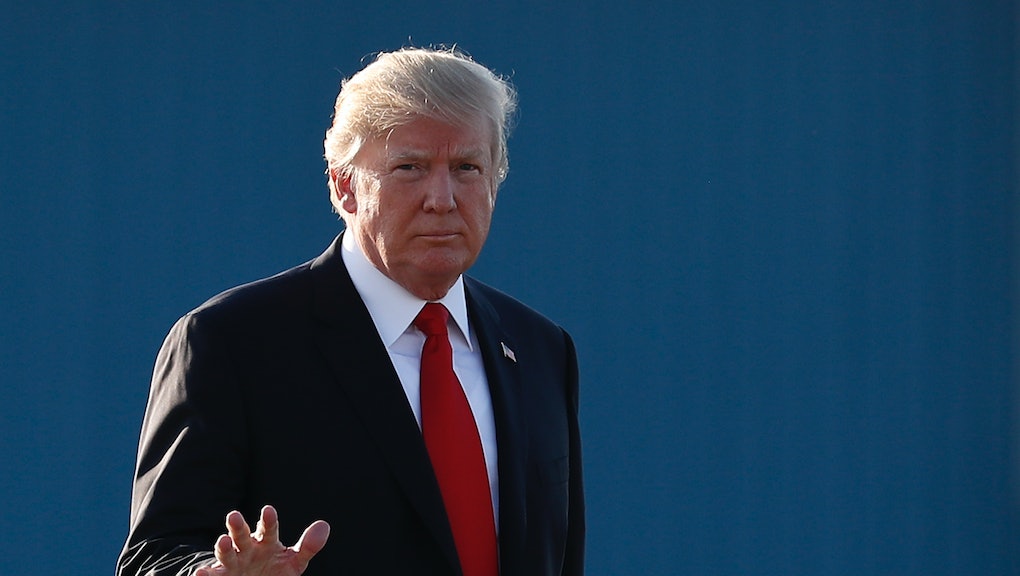 The White House’s gender wage gap has doubled under Trump

When the White House disclosed employees’ salaries in its annual report to Congress on Friday, it didn’t take outlets too long to crunch the numbers. A CNN analysis of the findings, published Monday, revealed that women working in President Donald Trump’s administration earn an average of 80 cents for every dollar earned by a male colleague.

But while the gender wage gap also existed in former President Barack Obama’s White House, it may have grown almost twice as wide under Trump.

According to the American Enterprise Institute, a conservative think tank, CNN’s analysis was a modest one. Using the median salaries for men and women — rather than the mean, which can be skewed by outliers — AEI found the White House’s gender wage gap has nearly doubled since Trump took office. The AEI report says that the actual gap is higher, with women making just 63.2 cents to a man’s dollar.

“The media reports from Roll Call and CNN correctly report gender differences in pay at the national level using median earnings, but then incorrectly report the gender pay gap at the Trump White House using mean earnings instead of median salaries,” AEI’s report explained. “And in the process, both Roll Call and CNN underestimate the gender pay gap at the White House by almost 50%: 19.6% based on average salaries versus 36.8% based on median salaries.”

That the findings come from the famously right-wing think tank might come as a surprise — especially considering the caveats the report’s author, Mark J. Perry, includes in his conclusion.

“Unlike Obama, Trump has not made the gender pay gap an issue, and he has never made outrageous (and false) claims like Obama did that ‘women are paid 77 cents on the dollar for doing the same work as men,’” Perry wrote. He then goes on to laud Trump for ignoring April 4’s Equal Pay Day, which he called a “bogus feminist holiday.”

There’s plenty reason to believe Equal Pay Day, the day marking how long it would take for women to make as much as men did in the previous calendar year, is anything but bogus. There’s hard data from the Labor Department, which reported women made just 82 cents to a man’s dollar in 2016.

Perry’s own report further demonstrates how the systematic disparity in pay between women and men reaches all the way to the White House — and that it’s way worse than we previously thought.