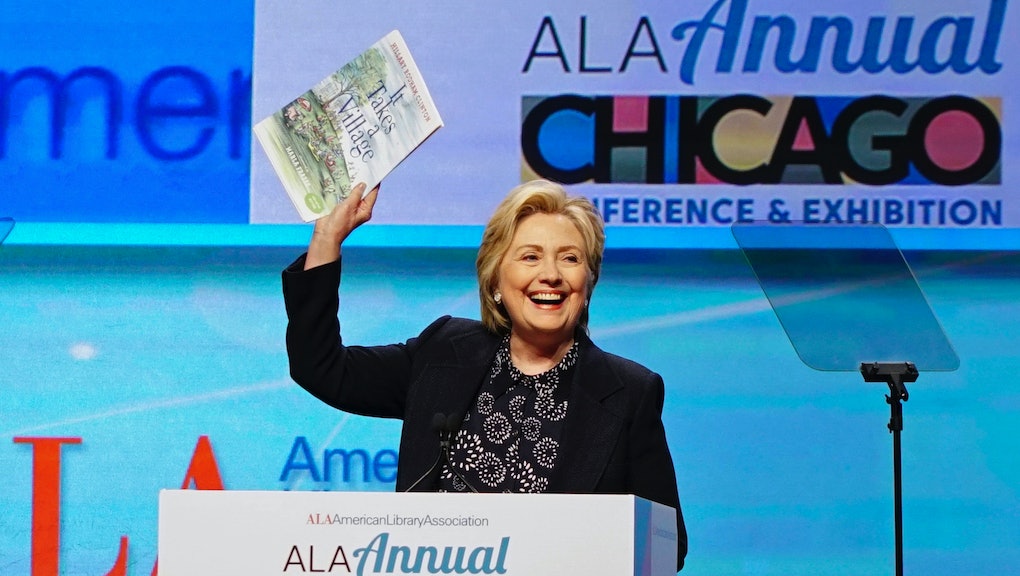 Hillary Clinton fired back at the Republican National Committee on Wednesday after the GOP’s official Twitter account lashed out at her in an attempt to deflect from the Republican Party’s inability to pass a health care reform bill.

“Right here,” Clinton said in response to a tweet and Facebook post in which the GOP asked her and the Democratic Party about their own health care plan.

“Includes radical provisions like how not to kick 23 mil ppl off their coverage,” Clinton continued. “Feel free to run w/it.”

The initial bill released by Senate Majority Leader Mitch McConnell would kick an estimated 22 million people off their insurance, according to the nonpartisan Congressional Budget Office, and wouldn’t lower out-of-pocket expenses.

The GOP’s attempt to deflect attention from their troubles passing a health care bill onto Clinton was met by Republicans who appeared frustrated by the party’s lack of ideas.

“I’m a Republican and I have to say it’s not a Democrat problem,” one Facebook user wrote in the post’s comments. “We had eight years to have a plan. Problem is just like everyone else the GOP didn’t think Trump would win. Now they’re posturing with no real solutions instead of getting behind the president.”

“Guys, I see what you’re trying to do here, but come on,” they wrote. “You had eight years to develop a real alternative, something that might decrease dependence on health insurance and let markets actually work [out] pricing. Instead you rolled out a diet Obamacare and painted ‘Make America Great Again’ all over it.”